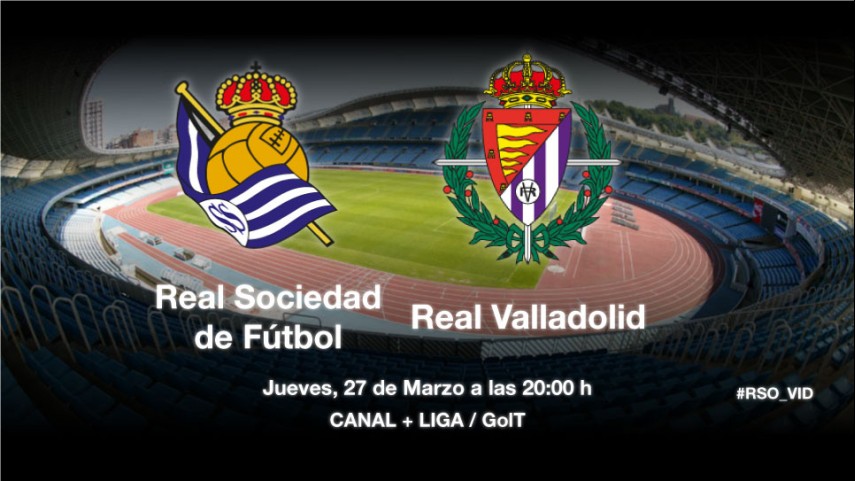 A day to rally in the Anoeta

A needy Valladolid visits a Real Sociedad who will be looking to make up for their defeat against Almería in their last match.

Real Sociedad de Fútbol host Valladolid CF on matchday 30 of the Liga BBVA. The Basque team will fight for a win that would help them forget the defeat they suffered at the hands of UD Almería (4-3) in their last game, while the visitors are in need of points in order to escape the relegation zone.

Jagoba Arrasate’s team has beaten their opponent eight times in their last nine clashes. Therefore, the txuri-urdin has a new opportunity in its fight for Europe. "If we finish in sixth then fine, if we finish fifth, even better, and fighting for fourth would be superb", stated the Basque coach. To do so, Arrasate has full-back José Ángel Valdés back, but Mikel González will miss the game for accumulated yellows.

For its part, the team from Castile and Leon, are coming off the back of a draw against Rayo Vallecano (1-1) and are two points away from safety. "They will be sure to try and keep a clean sheet and they will make things difficult for us, but we are travelling with the intention of getting points", stated the team’s manager, Juan Ignacio Martínez, who left out the injured Humberto Osorio and Heinz Barmettler, as well as Lluís Sastre and Javier Baraja for technical reasons.