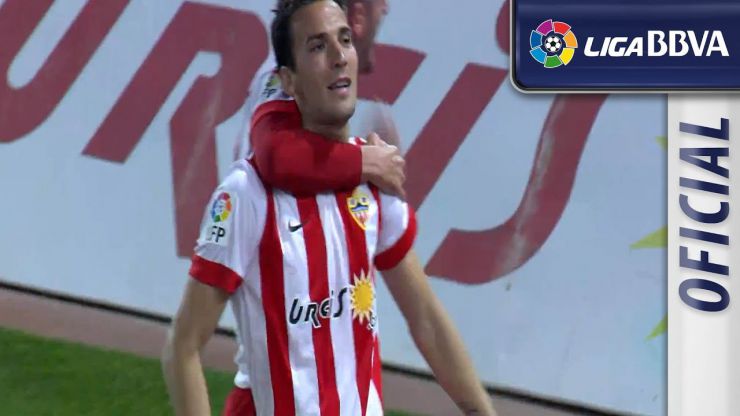 Almería rule in a goal-fest

The Andalusian team beat Real Sociedad 4-3 in a thriller that ended with a goal from Hicham in the dying minutes of the match.

UD Almería beat Real Sociedad de Fútbol 4-3 in a game packed with excitement, good football and, above all, goals. It was the perfect way to end Liga BBVA matchday 29.

A thrilling first half provided one goal from each team. While Almería took a while to get into the game, it was Real Sociedad who produced the most danger in front of Esteban’s goal. The striker Agirretxe fired two warning shots, but in the end it was Carlos Vela who put his team in front from the penalty spot. The goal shook the home team out of its daze and it went all out for the equaliser, which came from the boots of Óscar Díaz as he beat Claudio Bravo with a sublime finish.

After the restart, the match continued to be wide open. Agirretxe immediately made it 1-2 with a delightful lob over Esteban to put the txuri-urdin in front. Chasing once again, the rojiblancos found another equaliser, this time from Verza. It was Verza once more who made it 3-2. As the match was drawing to an end Markel Bergara headed home to make it 3-3, but the young Hicham had the last word as he sealed a 4-3 victory for his team in added time. The result means that Almería are out of the relegation zone and now lie in sixteenth place with 29 points.