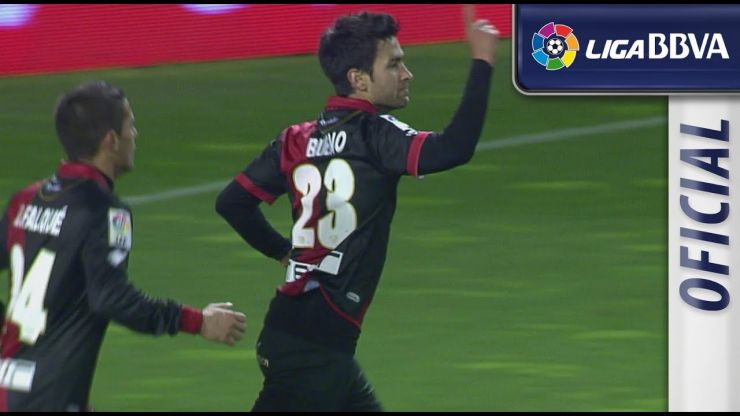 Bueno salvages a point for Rayo

A great goal from the Madrid striker sealed the draw between Valladolid and Rayo in the Liga BBVA and cancelled out the own goal scored by Ze Castro.

Real Valladolid and Rayo Vallecano drew 1-1 on matchday 29 of La Liga. Zé Castro (own goal) and Alberto Buenos scored in an evenly matched encounter between two teams that are fighting to stay in the top division for another season.

As soon as the first half got underway the pucelanos opened the scoring thanks to an unfortunate mistake by centre back Zé Castro who put the ball into his own net when he tried to clear. The goal was the difference between the two teams for the entire first half until Bueno equalised brilliantly just before half time.

The break added a touch of intensity to the match and both teams went after the win. The Madrid side, to continue their good form and move further away from the relegation zone, and the home team to climb out of the danger zone. The pucelano midfielder Óscar González had a great chance to seal the victory but we was unable to score against keeper Rubén in the dying moments of the game.