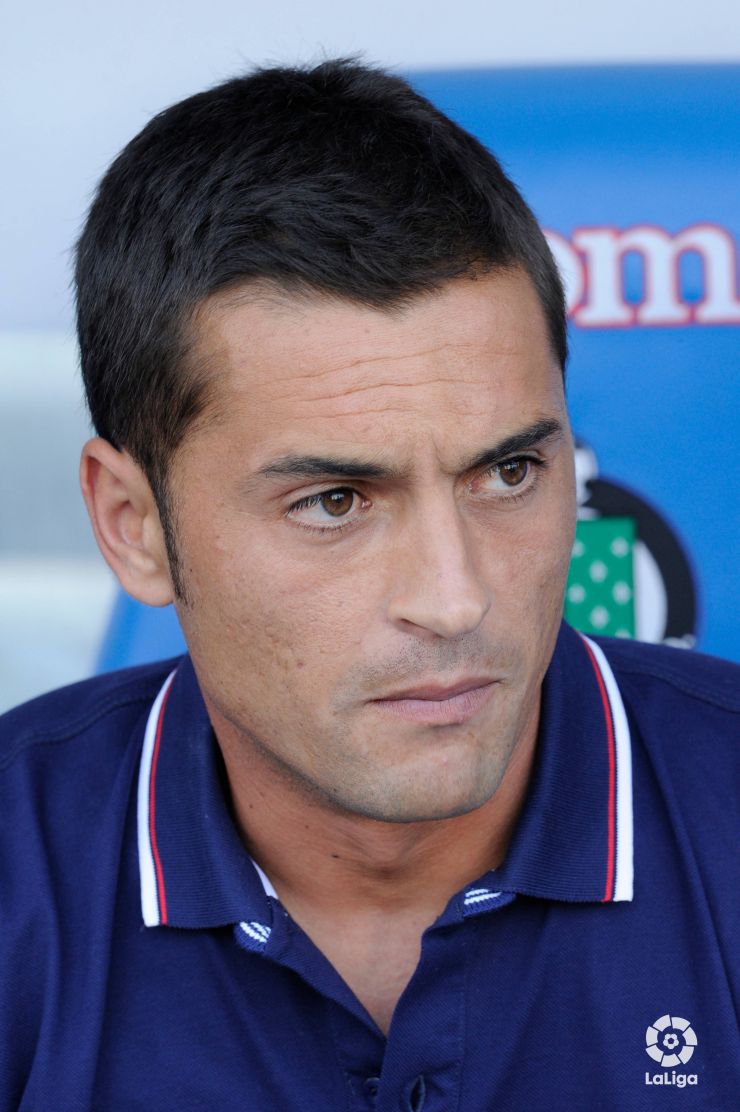 "Knowing the person is key to their performance"

The Liga BBVA's youngest manager, Francisco, spoke to LFP.es about his team's current situation and Saturday's match against the leader, Atlético.

At 35 years of age, Francisco Javier Rodríguez Vílchez, is the youngest coach in the Liga BBVA. At the helm of UD Almería since June, having previously managed the reserve team, Francisco's side are still in the safe zone after 22 matches. But, as he told LFP.es, "there is a long way to go until the end". And the first step is a clash on Saturday against the new Liga BBVA leader, Club Atlético de Madrid.

LFP.es: Francisco, it is important to stay in the present and Almería are about to host Atlético. How are you approaching the game?

Francisco: Right now, for any team, meeting Atlético means overcoming many difficulties. They have just taken the lead, but we are going to play with great energy and we'll be aware of the difficulty of the match.

LFP.es: What are the keys?

Francisco: I think the key will be equalling Atlético's intensity and being clinical. Not only do they play with intensity, they have a lot of quality up front and any one of them can finish you off at any time.

LFP.es: How did you feel when you were named manager of Almería?

Francisco: Like any academy team coach. Nobody was expecting it, me even less so, as I was preparing the reserves in the pre-season. From there everything has gone really quickly and I took on the challenge with great enthusiasm. And above all with great responsibility. Then, I think that you have to get better every day, and collect points, and that is my goal.

LFP.es: What is the footballing ideal Francisco wants to impress on Almería?

Francisco: I think we have to be aware that we are a team in which perhaps we cannot afford to play the type of game I would like. We try to be a balanced team. We are small in our division, but we want to take the initiative even though we are not obliged to. Most of the other teams are superior to us in terms of quality. We like being an attractive team and one that connects with our fans and we play with intensity in order to make up for our weaknesses.

LFP.es: Has Unai Emery had an influence on your managerial career? And what about the fact that you were a striker at all levels of Spanish football?

Francisco: Everything is an influence. I coincided with him when I still had a long time left as a player and perhaps he made me see football in a different way. But I have picked things up from everyone and you learn from everybody. In terms of my footballing career, it is knowing what a player thinks when he is not playing and when he is playing. That is very important, and from there, getting the best out of any player. Knowing the person is key to their performance.

LFP.es: How important is the youth academy?

Francisco: It is very important, even more so at the moment. Our club has to be careful with money, but we are realistic. It is very difficult to play and make your debut in the top flight. Loads of kids have debuted with us and Ramon Azeez is a great example of that, he has been called up by Nigeria for the first time. We are very proud of that.

"It is true that we lost a lot of points early on due to inexperience, but now we have levelled out a bit"

LFP.es: Almería lost a lot of points early on in the Liga BBVA. Does the team have fewer points than it deserves?

Francisco: It is true that we lost a lot of points early on due to inexperience, but now we have levelled out a bit. There have been matches in which we have not played well and the opponent has been better, and we have got points from them. I think in the end we are where we deserve to be.

LFP.es: There are 16 matches left until the end. How do you think the fight to stay up will pan out? Do Rayo Vallecano and Real Betis Balompié still have few tricks up their sleeves?

Francisco: At the start of the season we had six points from eleven matches and nearly everyone had written us off. And there was a long way to go. We strung three consecutive victories together and we got out of there. You have to be prudent and know that there are a lot of teams fighting to stay up Rayo and Betis are going to keep trying. We are going to try and achieve our difficult goal of staying up through respect and hard work.