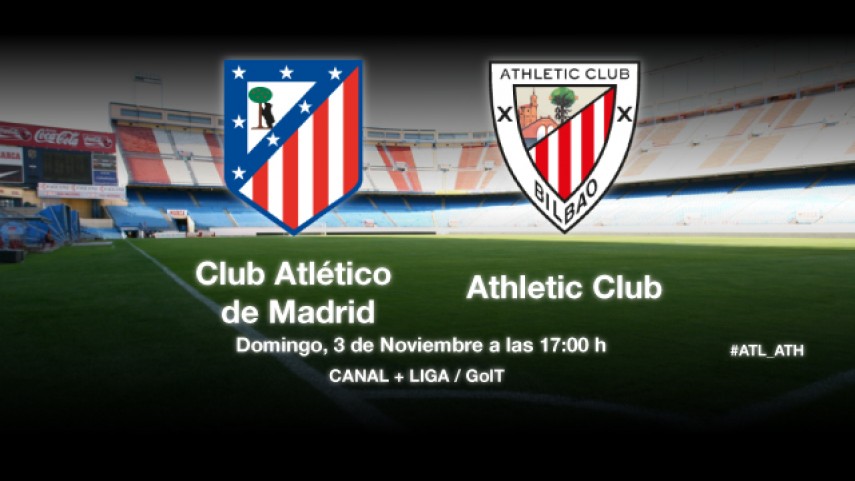 Clash of the titans in El Calderón

Atlético Madrid and Athletic will come face-to-face in an encounter that has become one of the Liga BBVA’s most exciting in recent years.

Atlético Madrid’s rich vein of form will be put to the test on Sunday as Athletic Club travels to the Spanish capital for matchday 12 of the Liga BBVA.

Diego Pablo Simeone, the mattress maker’s coach, will have close to a full squad available to him, with the exceptions of Arda Turan, who is still recovering from a muscle injury, Mario Suárez and Dani Aranzubia. "It will be a tough match and will come down to whoever can adapt their play and tactics best", the home side’s coach declared in his pre-match press conference.

Meanwhile, the Bilbao outfit will be looking to continue accumulating points in order to remain in the top half of the table. As such, Ernesto Valverde, the Basque side’s manager, will be bringing all his available players with him to Madrid, apart from Kike Sola. "Atlético is a very strong team, that attacks with speed. They are second in the league and we have to keep an eye on the likes of Diego Costa and David Villa", Valverde said ahead of the match.