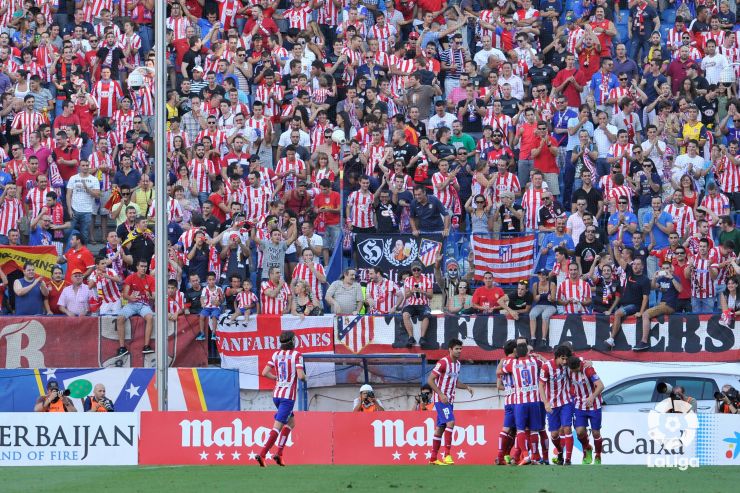 Over 5,000 Atlético Madrid fans from all over the world will get in the party mood ahead of Sunday’s match against Athletic.

Keeping with the tradition that began in 1994, Atlético Madrid will once again host its annual Fan Club Day. Over 5,000 Red and White fans from 719 fan clubs scattered all over the world will get into the party spirit on Sunday the 3rd of November, ahead of the team’s 12th Liga BBVA match of the season against Athletic Club.

Fans taking part in the celebrations will converge on los Jardines Maestro Padilla, beside the Vicente Calderón. It is there that the different fan clubs will hold activities to celebrate the occasion.
There will be food available as well as a host of activities in which football will be centre stage. On top of that, fans will be able to get a photo of themselves with the last piece of silverware won by Atlético Madrid: last May’s Copa del Rey title.

The celebration will end with a giant Red and White mosaic made up of 45,000 pieces of cardboard, which the fans inside the Vicente Calderón will hold aloft to welcome the Atlético Madrid and Athletic Club teams onto the pitch.