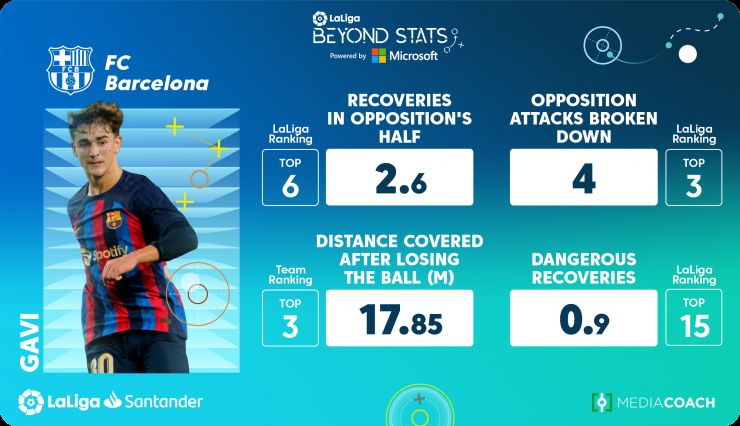 The stars that represent LaLiga at the World Cup

Many of the players now competing in the best national teams in the world entertain us on a weekly basis in LaLiga. Here we take a look at the standout players in the Spain team.

There are 26 players in Luis Enrique’s World Cup squad and they have spent the previous few months lifting the lid off their domestic competitions, most of them in LaLiga. While it is true that some of them were lacking game time and goalscoring was not expected to be this Spain outfit’s forte, this side of their game has been on the up and up as the competition has drawn on.

LaLiga Santander has contributed no less than 83 players to the World Cup, a figure which lays bare the quality of the domestic competition. The club which has sent the most players out on international duty is Barcelona with 17. And we would be remiss not to mention the 12 provided by Real Madrid and Atletico Madrid, as well as the 10 from Sevilla, among others. But let’s get back to the football.

If we wanted to pick out a couple of metrics to highlight the central players, two criteria come to mind: passes and shots. And looking at these, three names stand out: Gavi, Pedri and Morata.

Given the decisive nature of his goals, we could very well brand him the super-sub par excellence. He has netted three times in this World Cup, inscribing his name in the history books as a national goalscorer, but what about his role with Atletico Madrid? There is no doubt about his effectiveness, as one of the 10 LaLiga players who take the most shots, averaging over three per game. He is even better ranked on shots on target, breaking into LaLiga’s top five in this department, and his five-goal haul places him among the division’s 10 highest scorers. However, when looking at his game in terms of what Luis Enrique wants out of him, we are faced with a striking stat. He is the third-most prolific player on the team when it comes to winning the ball back in the opposing half, further emphasising how instrumental he is for the national team.

Pedri just keeps doing his thing: a born creator and entertainer to boot, he gives his teammates a significant boost. His play stands out within the team and in many cases his stats place him in the upper echelons of LaLiga Santander. He has played the eighth highest number of passes in the final third, with an average of almost 21 balls in this sector per game. He is one of the top 15 at creating attacking moves, with almost 66 per game, and all in a context of unprecedented effectiveness. With a 91% pass completion rate and 30% of his shots bulging the back of the net, he is also among LaLiga’s select top 15 and continues to show, despite his tender age, real maturity and class out on the field of play.

In Gavi, we are likely witnessing one of the fastest developing and most outstanding footballers on the national and international stage. It is striking just how influential his play is, given his limited professional experience at this juncture. Although he is very young, he combines physicality with intelligent decision-making. He was already starting to conduct proceedings at his club, Barcelona, and he has now established himself as a key player for Spain.

Although his link-up play is the first thing that comes to mind, we should also note how proactive he is at winning the ball back. He has made the sixth most regains in the opposing half, with 2.6 on average per game, and he is the third best player at breaking up opposition attacks, doing so four times a game. Add to this that not only does he regain possession, he also does so effectively, sitting among the top 15 players who win the ball back in a dangerous position. The distance he covers after losing the ball is the highest on his team, averaging almost 18 metres.

To sum up, LaLiga Santander is a veritable production line of players who are making their mark as the best in the world. And it is worth highlighting that the squad is a young one; in fact, it is the roster with the most players born in the 21st century.