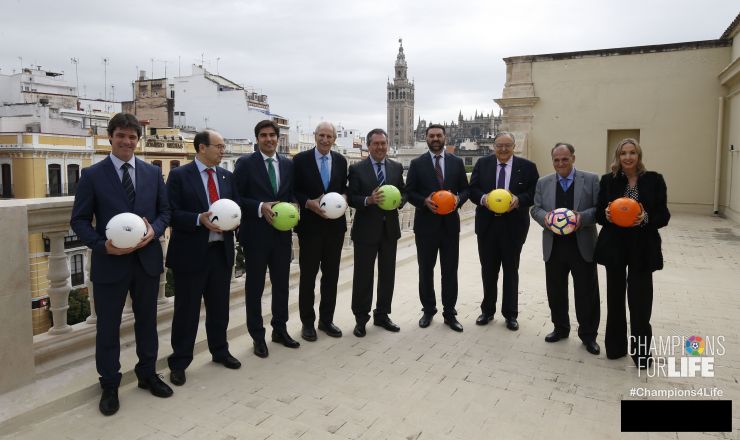 The fixture will take place on 29 December at the Benito Villamarin stadium in Seville, under the maxim 'Un partido para recordar' ('A match to remember').

On Wednesday 9 November, Seville City Hall was the scene for the presentation of the third Champions for Life fixture which is organised by the LaLiga Foundation and UNICEF's Spanish Committee.

Before the official presentation began, LaLiga president Javier Tebas and Carmelo Angulo Barturen, the president of UNICEF's Spanish Committee, ensured further collaboration was secured through the extension of an agreement which has been in place since 2009.

"I would like to thank UNICEF who are allowing us to work alongside them for another three years. I'd also like to thank the city of Seville for hosting the Champions for Life match, because we know Seville is a football city that displays solidarity," Tebas explained. Angulo wanted to remind fans in Seville that, "Every euro you put in can save lives. These types of games tend to raise considerable sums of money." 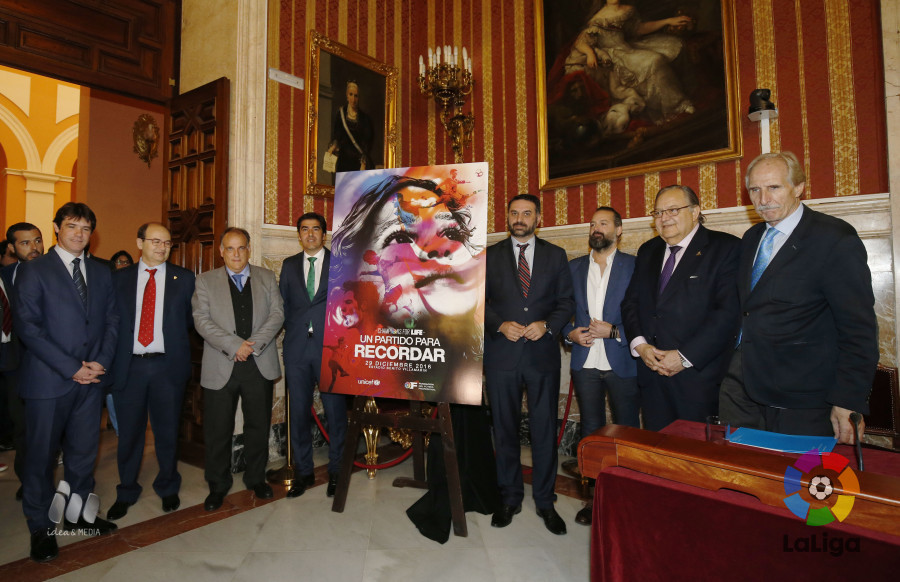 Both presidents were joined by Juan Espadas Ceja, the mayor of Seville; Francisco Javier Fernandez Hernandez, the minister for tourism and sport in Andalusia; David Guevara, the delegate for sport in the city of Seville; Eduardo Herrera, the president of the Andalusian Football Federation, and Angel Haro Garcia and Jose Castro Carmona, the presidents of Real Betis and Sevilla FC respectively.

The Champions for Life game, which will take place on 29 December at the Benito Villamarin stadium in Seville, will see the Andalusia national side take on a LaLiga XI made up of players plying their trade in LaLiga Santander and LaLiga 1|2|3, in celebration of the Andalusian Football Federation's centenary.

"On behalf of Seville, thank you for choosing our city for the Champions for Life celebration," said Espadas, the city mayor. The president of the Andalusian Football Federation was also in a buoyant mood: "I'm sure Andalusian football will collaborate with UNICEF for this match very well, just as it has been doing for many years."

The presidents of the two Seville clubs joined forces to express their support of the charity event. In the words of Verdiblancos president, Haro, "It's an honour for us to be hosting this match at the Benito Villarmarin and we'll be opening our doors to all those who wish to support the Champions for Life game." Meanwhile, Castro called on the city's footballing community, encouraging "Sevilla and Betis fans to fill the Benito Villamarin on 29 December and to set an example." Elsewhere, Fernandez Hernandez commented that, "Football supporters go along to games to enjoy themselves whilst watching their team, but in this match we'll all be cheering for both teams." 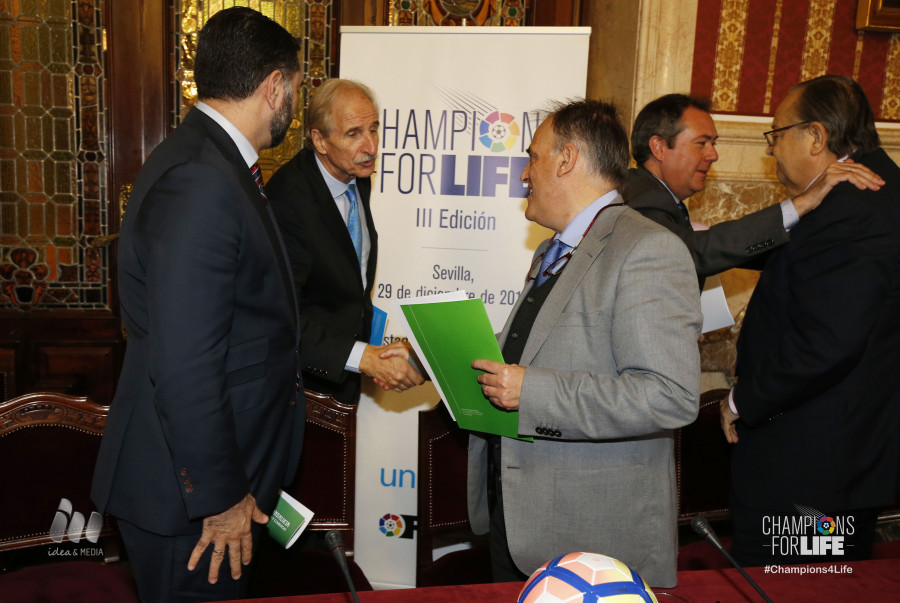 In addition, the ceremony also saw prestigious Cordoba-born illustrator Gabriel Moreno unveil the match poster which is set to be used to promote the fixture. "The poster captures a child's excitement ahead of a game that'll be one to remember. I hope that the poster makes a small contribution and helps to ensure that the match is a real success, which in turn will benefit the most needy children."

UNICEF will use the proceeds of the fixture - played under the slogan 'A game to remember' - to assist in emergency situations, whilst part of the money raised will go to the LaLiga Foundation's own projects and those social outreach/humanitarian initiatives launched by its member clubs which seek to satisfy the most basic needs of children, both within Spain and abroad.

This is the first time that this fixture is being staged outside Madrid. In 2013, the inaugural Champions for Life match was played at the Santiago Bernabeu stadium, with almost 46,000 tickets sold and €550,000 raised. This money was put towards the humanitarian aid offered to the Philippines in the aftermath of the typhoon which devastated the country in November 2013, the LaLiga Foundation's social outreach projects in Nepal, Peru and Africa, as well as those run by the NGO olVIDAdos.

Meanwhile, the Vicente Calderon played host to the second edition in 2014, as a part of the 'Vamos a asustar al Ebola' ('Let's give Ebola a fright') campaign. On this occasion, 30,000 tickets were sold and part of the €407,000 raised went towards projects to alleviate the impact of the Ebola virus in Africa and to support the LaLiga Foundation's projects in Mozambique, Nicaragua, Madagascar and Seville.