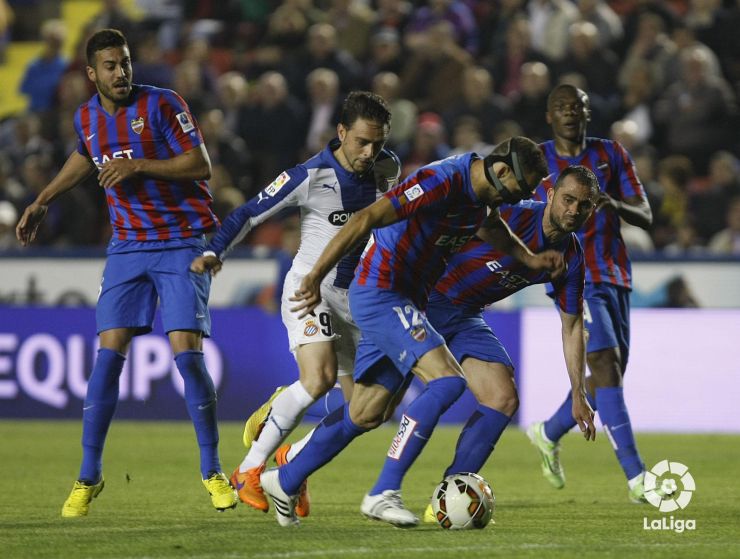 Levante salvage a point in the final minutes

Víctor Casadesús struck in the 88th minute to deny victory to Espanyol, who took the lead twice in the game.

For yet another week Levante UD rescued a game late on. On this occasion they frustrated Espanyol by drawing 2-2 late at the Ciutat de Valencia stadium on matchday 32 in the Liga BBVA, as the Catalans squandered a number of chances to kill the game off.

Both sides spent the opening minutes feeling their way into the match and struggled to create any clear chances. The deadlock was broken when Lucas Vázquez found his way through a crowded penalty box. But Levante reacted immediately, with Simão Mate levelling with a header. And just as the referee was about to blow the whistle to signal half-time Felipe Caicedo restored Espanyol's lead.

The second half began with a lot of intensity and Levante could have equalised on two occasions through interceptions but Lucas Alcaraz's side could not capitalise and they nearly paid dearly as Espanyol went on to suffocate the hosts in their area. Sergio García and Christian Stuani could have put the game to bed but Diego Mariño kept his side in it. And then just before the 90 minutes were up Victor Casadedus grabbed the equaliser, earning his side a vital point.