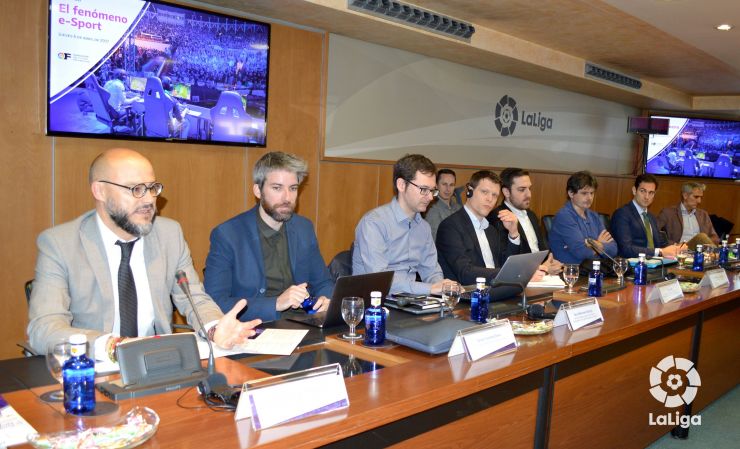 LaLiga gets to grips with e-sports

The LaLiga Foundation brought an array of experts together to explore the state of play and the future challenges in store in the world of electronic sports.

On 6 April, the LaLiga headquarters played host to a conference entitled The e-Sport Phenomenon, organised by the LaLiga Foundation with a view to analysing the state of play and the immediate challenges facing electronic sports from a range of perspectives. The event also gave a number of organisations, professionals and recently established associations from the sector a platform to have their say and discuss their objectives and time frames, as well as the obstacles by which they are confronted.

Sergi Mesonero, the chair of e-sports at UCAM university and a co-founder of the Liga de Videojuegos Profesional (Professional Video Game League, LVP), got the ball rolling with a talk about the origins and development of e-sports and the current landscape in the sector. "Electronic sports are going to keep growing very soundly. We will remain just a small segment of the wider global video game industry, but the present consolidation is going to continue," he stressed. 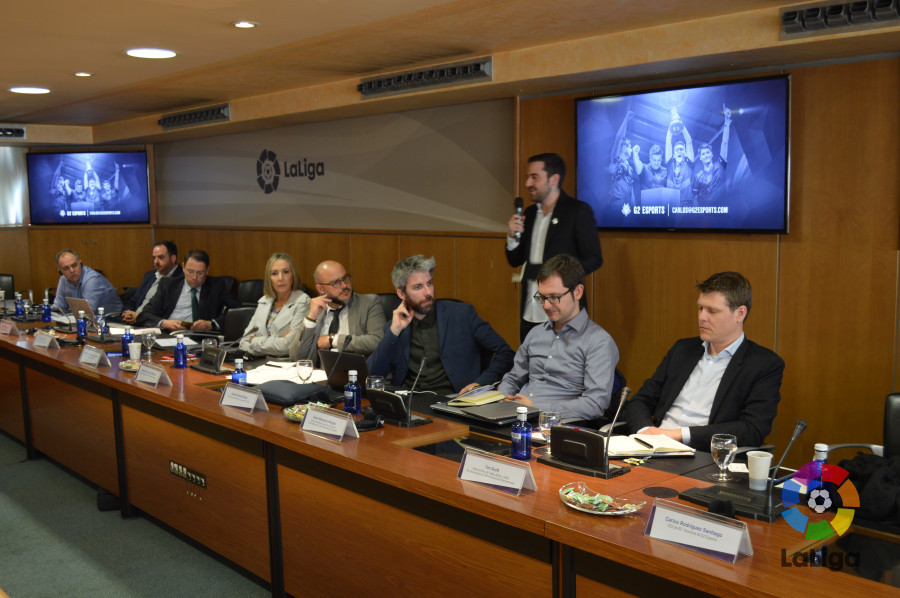 Next up, Tim Scott, the head of policy and public affairs at The Association for UK Interactive Entertainment (Ukie), spoke about the approach to e-sports being taken in nearby countries. Scott stated that the video game industry "is playing an increasingly important role in relation to audience participation" before noting that there is still a need for everyone to "get together and lay down certain foundations and mark out the path to follow." Jordi Pomarol, the CEO of the LVP, echoed these sentiments: "There's still a lot of building out to be done. This is a fast-growing ecosystem and more and more powerful actors are coming on to the scene."

Daniel Vicente, LaLiga's coordinator of mobile and gaming, shed light on the steps LaLiga is undertaking to engage with this booming phenomenon. "Many clubs have asked us about getting into this industry. We have a responsibility to debate the matter internally and see how we can help them. Now is the time for discussion and for us to work with the clubs to see what we can do in this field, in which we have already identified opportunities," he said.

The event also featured participation from electronic sports icon Carlos Ocelote Rodriguez. The former pro gamer, who is the founder and CEO of G2 Esports, stressed that "now is a good time to get involved in e-sports" and highlighted the many associated benefits. "They're a way of connecting with people. The age range of the target audience is perfect and we have great revenue opportunities ahead of us that no other industry can offer," Rodriguez remarked.

Several prestigious sports lawyers and professors provided a lowdown on relevant legal issues. For example, Javier Rodriguez Ten of the firm Crowe Horwath tackled the subject of whether e-sports could gain legal recognition as sports in their own right, commenting that, "Theoretically it's possible, but according to current legislation, this process would have to take shape at the Autonomous Community level." This was followed up by Jose Luis Perez Triviño, a senior lecturer in philosophy of law at the Universitat Pompeu Fabra in Barcelona, expounding on the legal challenges faced by electronic sports, foremost among them the need to "create a set of principles in line with socially accepted values."

Diego Garcia Diego, for his part, addressed the debate surrounding e-sports players' legal status. The labour lawyer, who is the president of the Asturian Sports Law Association, remarked that, "They are considered professional players who carry out a sporting activity, but they do not meet the requirements to make up an [officially recognised] sports body."

Lastly, the lawyer Joaquin Muñoz, the director of intellectual property and new technologies at ONTIER Spain, gave a talk revolving around the matter of broadcasting rights in this burgeoning industry. "A balance has got to be struck for the benefit of all the actors involved, so that all levels of this business are well paid and are able to grow," he observed.