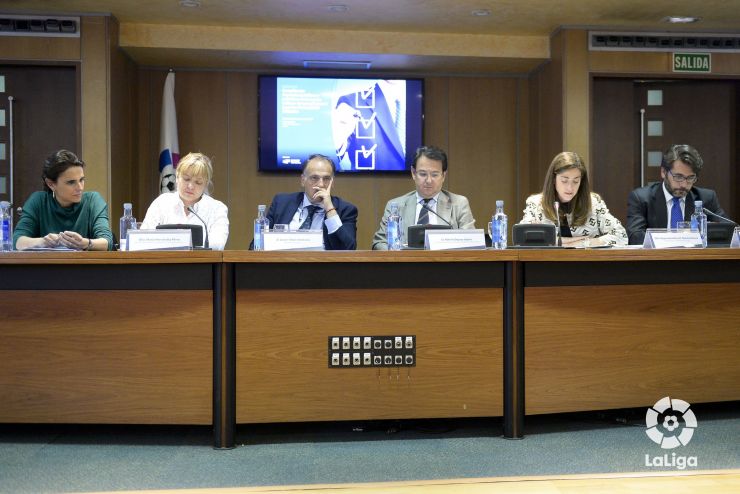 Javier Tebas: "LaLiga has a commitment to setting an example of good governance and transparency"

The LaLiga president opened the seminar on Legal and Practical Features of the New Compliance Culture, organised by the LaLiga Foundation.

The LaLiga Foundation ran a seminar this Friday, 22 April, entitled Legal and Practical Features of the New Compliance Culture, which brought together a number of clubs and SADs (public limited sports companies), sports organisations and professionals from the sports and compliance worlds. This event was organised against the backdrop of the publication of Spanish State Prosecution Service (FGE) Circular 1/2016 and the first three rulings issued by the Spanish Supreme Court to shed light on the matter of criminal liability of legal persons following the reform of the Criminal Code.

Javier Tebas, the president of LaLiga, and Jose Manuel Maza Martin, a judge sitting in the Second Chamber of the Criminal Section of the Supreme Court, got the proceedings underway. "Prominent among the objectives that LaLiga has set itself in recent years is the need to instate a compliance culture that is essential in the football industry, which has been damaged lately by the recent scandals that have shaken professional football and sport in general," noted Tebas. 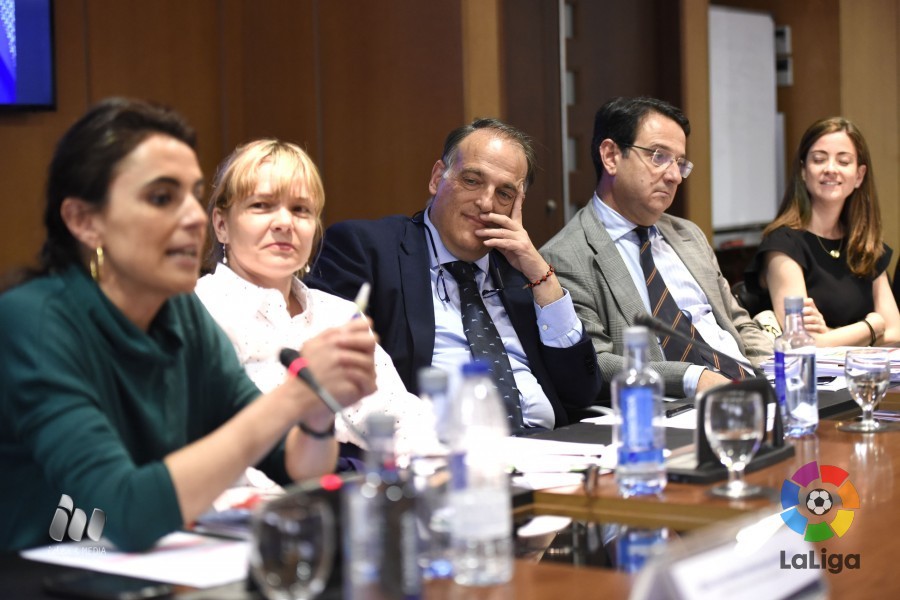 The LaLiga president also remarked that, "LaLiga has entered into several international commitments on the subject of integrity and compliance, alongside institutions such as SIGA, the ICS and the Association of European Professional Football Leagues (EPFL)," before revealing that "from next season, having a crime prevention plan will be a prerequisite for [clubs'] registration." With regard to the educational efforts LaLiga makes on this front, he added that, "Every year we go down into the dressing rooms of the Liga BBVA and Liga Adelante teams, and to their youth academies, to explain the risks of sports corruption."

As for Jose Manuel Maza Martin, the Supreme Court judge reminded those present that "criminal liability of legal persons, and the importance of implementing adequate measures at organisations to avoid the commission of crimes" are issues that can affect "any company, regardless of its size or scope."

Next to take the floor was Silvina Bacigalupo Saggese, a professor in criminal law at Madrid's Autonomous University, who laid out the new legislative framework relating to the criminal liability of legal persons, an area which was expanded on in the latest reforms to the Criminal Code. On this subject, Bacigalupo Saggese argued that, "since 2010 we've witnessed a major paradigm shift and a cultural change which has affected legal persons. This has brought about a new social reality and the need for change in the way things are done." Jaime Vegas Torres, a professor in criminal procedure at the Universidad Rey Juan Carlos, spoke from a procedural-law perspective about the different issues relating to the criminal liability of a legal person. Vegas Torres pointed out the pressing need for lawmakers to introduce reform to bring the existing criminal procedures in line with this new reality.

Carlos Gomez-Jara Diez, an associate professor in criminal law and founding partner of the law firm Corporate Defense, spoke about the legalisation applicable in other countries, such as the United States, the United Kingdom and Italy, which are more advanced in terms of compliance. On this point, Gomez-Jara Diez shared his view that, taking a cue from the American legal system, it would not be long before compliance models would be a necessity for all public-administration contractors in Spain.

Also in attendance at the event was Helena Prieto, co-author of Circular 1/2016 published by the State Prosecution Service (FGE), who highlighted that, "despite legal persons not being obliged to align themselves with compliance models, the fact is that if they don't, and a harmful event takes place, they could face criminal liability." The final speaker of the day was Carlos Saiz Peña, the president of CUMPLEN, the director of the advanced course in compliance at the IE Business School and a partner at law firm Ecix, who spoke about the profile, powers and duties of a compliance officer or enforcement body, as laid out in article 31 bis of the Criminal Code.

The event was rounded off with a panel discussion, which saw several of the professionals who have been advising the affiliated clubs/public limited sports companies on the introduction of crime prevention models and compliance programmes, tackling the sort of questions and particular issues which had cropped up most frequently during the course of their advisory sessions. A highly interesting event was concluded with the professionals making the point that once such models are in place, they need to be constantly reviewed and adapted.