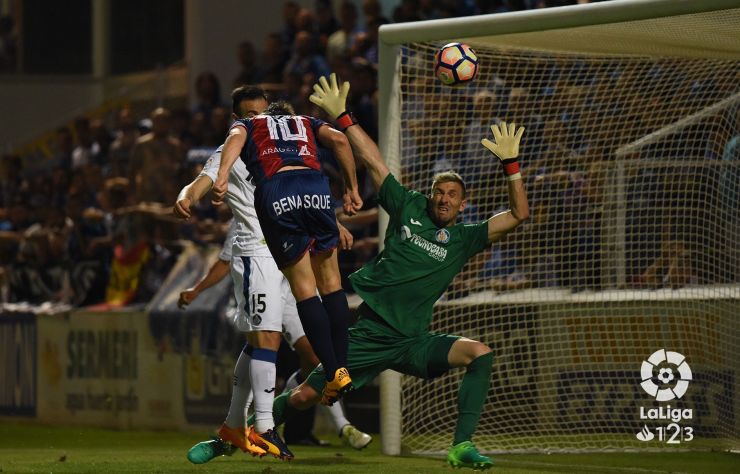 Juan Antonio Anquela’s side came from two goals down to secure a dramatic 2-2 first-leg draw with Getafe at El Alcoraz ahead of Saturday’s second leg.

With 20 minutes to go, Getafe led this game 2-0 and looked set to secure a comfortable first-leg lead. But two late goals from Huesca – the second of which came deep into second-half stoppage time – turned the game on its head, ensuring that it remains all to play for in Saturday’s second leg.

Getafe struck first following a tight, goalless first half when Jorge Molina sent Huesca keeper Sergio Herrera the wrong way from the spot after being brought down in the box on 51 minutes. Molina doubled his side’s lead 17 minutes from time, latching on to Francisco Portillo’s cross in from the right and firing past Herrera.

The home side come from 2 goals down to salvage a first-leg draw deep into stoppage time! pic.twitter.com/OyAANCURtP

The second leg will be played on Saturday 17th June (21:00 CET) at the Coliseum Alfonso Perez.