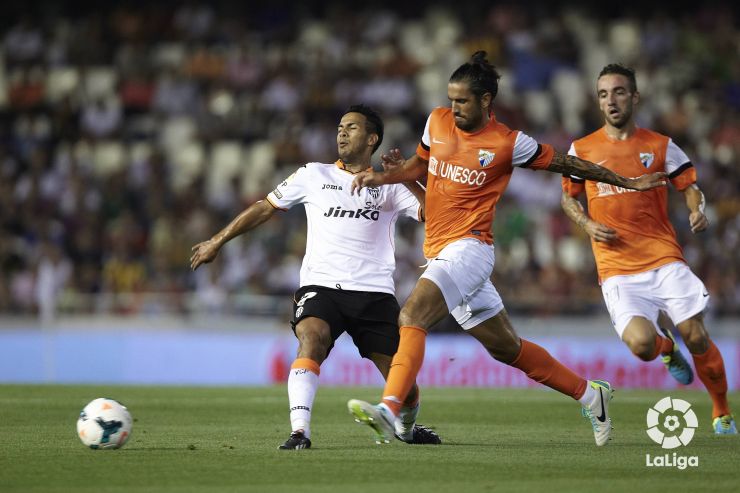 What a week for Jonas

The Brazilian striker has been key in Valencia's recent victories.

Jonas Gonçalves is the new hero at Valencia CF. Over the last seven days the Brazilian forward has helped his side climb away from the foot of the table, scoring four goals in his last three games to lift Dukić's men to sixth place in Liga BBVA with 12 points.

The Brazilian's run of form started against Sevilla FC, where he scored two of his side's three goals. More heroics followed against Granada CF. With the score tied at 0-0, the striker popped up with a last minute winner as Valencia took the spoils. His last goal, against Rayo Vallecano, also gave maximum points to Los Che.

Although not renowned for his goal scoring, in his first campaign at Valencia Jonas notched up 10 goals. A personal best of 13 followed in his second season (2012/13); whilst at this early stage of 2013/14 the Brazilian has four, and is one of the first names on the Valencia team sheet.