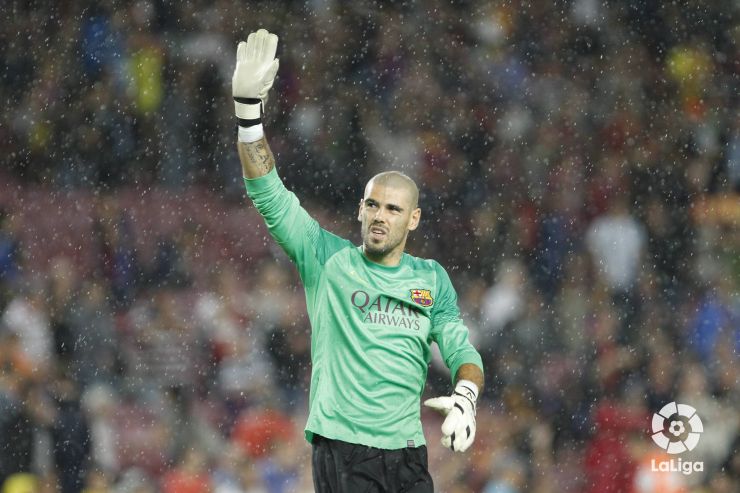 Valdés out for six weeks

The Barcelona keeper suffered a calf tear in his right leg while on international duty.

FC Barcelona goalkeeper, Víctor Valdés, has suffered a calf tear in his right leg and will now be out of action for the next six weeks.

The blaugrana keeper had to come off ten minutes before the end of Spain's friendly match against South Africa in the Soccer City Stadium on Tuesday. On his return to the Catalan city, Valdés underwent medical tests which confirmed that he will miss the next month and a half with his club.

As of writing Valdés is the goalkeeper to have conceded the fewest goals in the Liga BBVA (eight in 13 games).