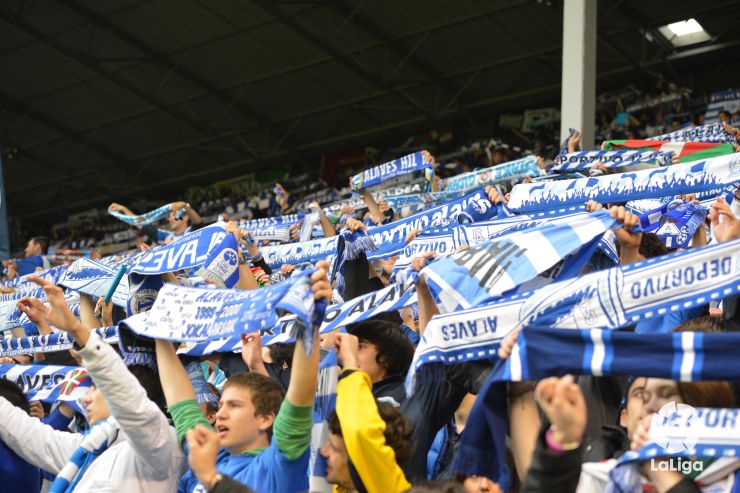 The Mayor of Vitoria buys an Alavés season ticket

Javier Maroto will accompany the team from Vitoria upon its return to the Liga Adelante. The city's chief claims it is his "humble contribution" to the project.

Javier Maroto, the chief of Vitoria-Gasteiz, now has a 2013/14 season ticket for Deportivo Alavés, a Liga Adelante side. The mayor announced his support for the abiazules. “It is about encouraging everyone. I have complete confidence in the team's future plans and Alavés needs support for its new commitments”, he explained.

Also, the mayor of Vitoria-Gasteiz took the opportunity to send a message of encouragement to Alavés fans. “I think that those who have the colours of this team coursing through their veins have to make an effort and try to reach the figure of 10,000 season-ticket holders”, he stated, “It is a goal that we all need to contribute to”. He also added that this is his “humble contribution” because he also wants to “contribute to the club's plans”.