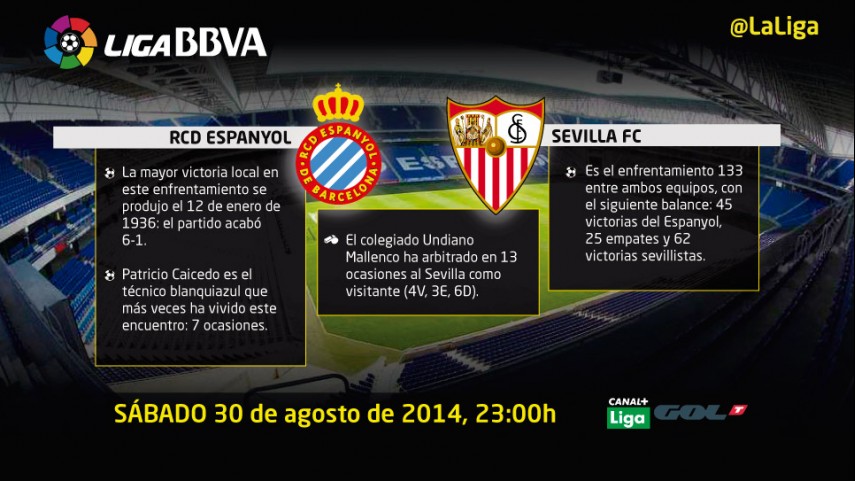 The Andalusian side are looking for their first win of the season against the Catalan outfit, who also drew their season opener.

RCD Espanyol and Sevilla FC face off in one of the matches of the second round of Liga BBVA fixtures at the Power8 Stadium in Barcelona this Saturday. It will be the 134th time the sides have met.

View from the dugout
The home side’s coach Sergio González said that Sevilla "are a competitive side; an intense opponent who have a lot of pace up top. I know they will make life difficult for us, but if we do things well we have a chance". Meanwhile, Unai Emery spoke of how important Liga BBVA was to his side: "Liga BBVA is the competition that provides consistency and the season's objectives. It's our bread and butter. I have to focus on the importance of the game with Espanyol above everything".