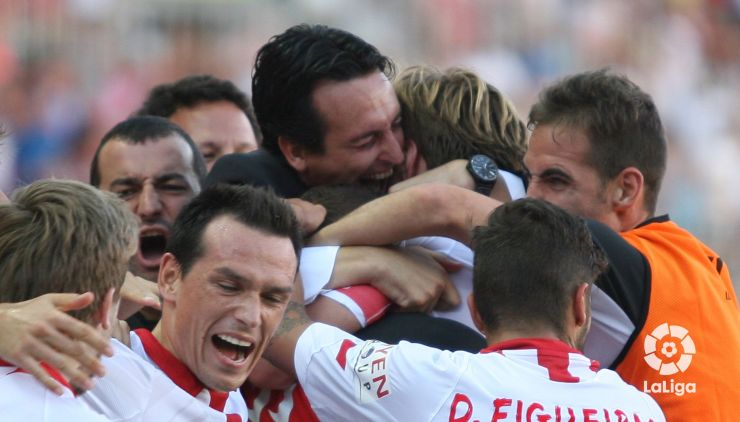 The Andalusian club, one of the biggest names in the history of Spanish football, celebrates another year of its successful story.

On this day in 1905 Sevilla FC was founded. On Monday the 14th of October the Andalusian club, which has experienced plenty of success over the course of its history, and become one of the country’s best beloved football teams as a result, celebrates its 108th anniversary.

Having spent 70 of a possible 83 seasons in the Liga BBVA, the Seville outfit sits in seventh place in the Spanish topflight’s historic league table, with a total of 2,565 points.

Over the club’s 108 year history it has called the Campo del Mercantil, the Estadio Reina Victoria and the old Estadio de Nervión home, and has seen legends of the game like Diego Armando Maradona, Davor Šuker, Juan Arza, Antonio Puerta, José María Busto and Frédéric Kanouté wear the famous red and white strip.