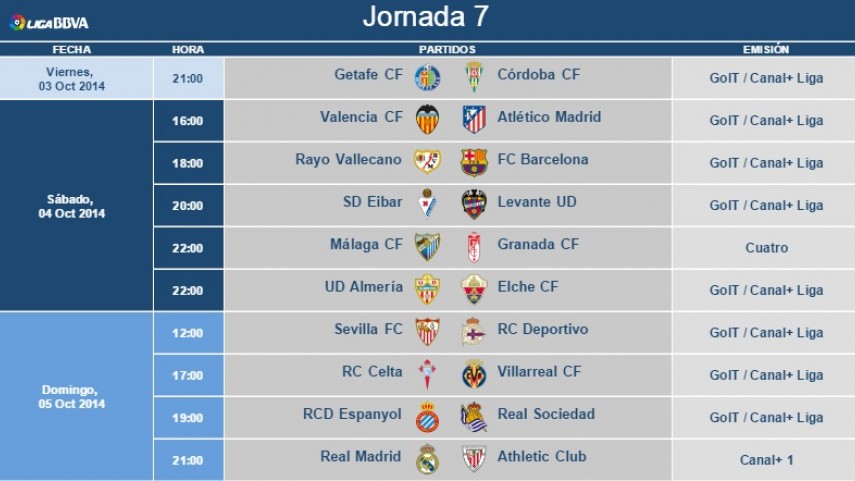 Schedule for matchday 7 of the Liga BBVA

The matchday will start on Friday 3 October at 9 pm with Getafe - Córdoba and end on Sunday 5 with Real Madrid - Athletic.

The schedule for matchday seven of the 2014/15 Liga BBVA, to be played from Friday 3 to Sunday 5 of October, has been announced. The matchday will start with the clash between Getafe CF and Córdoba CF to be held at the Coliseum Alfonso Pérez at 9 pm. The matchday will end on the Sunday at 9 pm with one of the most thrilling encounters of the fixture list: the encounter between two historic clubs, Real Madrid CF and Athletic Club.