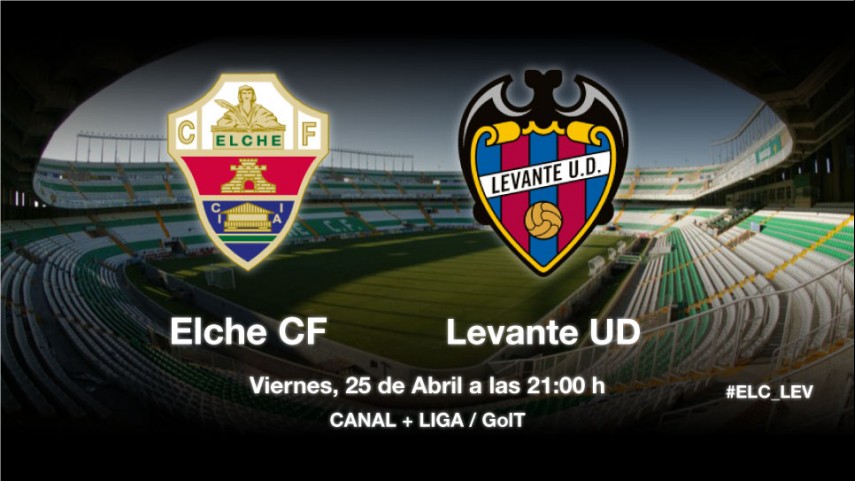 Salvation is at stake between Elche and Levante

Ilicitanos and granotas will open matchday 35 of the Liga BBVA with a clash that could mathematically guarantee the place of Joaquín Caparrós’ club in the top flight next season.

The end of the Liga BBVA is drawing near and the 35th matchday of the competition will provide a game between two sides who are bidding for salvation when Elche CF host Levante UD in the Martínez Valero stadium.

Elche has not got the results it was looking for in its last two matches, losing them both. However, a win would take them a step closer to achieving their dream of another year in the competition. "Winning will give us a significant margin with three matches left to play, although it will not be definitive", commented Fran Escribá, the home coach. Cristian Săpunaru and Edu Albacar will both miss the match.

For its part, the side managed by Joaquín Caparrós, which could mathematically seal its salvation in this match, will be looking for a return to winning ways after two draws and a defeat in its last games. Suspended defender Juanfran García and striker David Barral will be unavailable to Levante. "It’s going to be a tricky match and if we play as well as we have been away, then we’ll have a chance", stated the visiting coach.