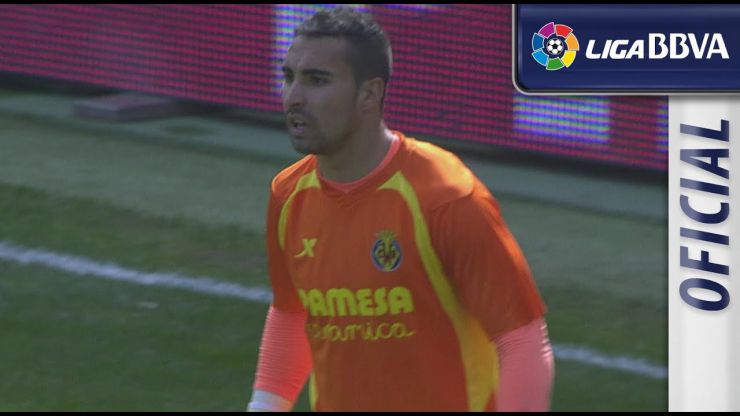 A header from the Betis striker, who has scored his team's last five goals in the Liga BBVA, salvaged a point for the side in the 85th minute against Villarreal.

Real Betis Balompié salvaged a point at El Madrigal against Villarreal CF on the 26th matchday with a 1-1 draw. Although the result satisfies neither of the two teams, Rubén Castro's goal keeps alive the Andalusians' hopes of staying in the Liga BBVA.

Villarreal had most of the possession in the early stages, but as the game progressed the two teams became more evenly matched. Within three minutes it was clear that both teams were hungry to score. The verdiblanco striker Cedrick, in particular, threatened Sergio Asenjo's goal on a dozen or so occasions in the first half.

After the break, Marcelino García Toral made two changes to breathe life into his team. Debutant Óliver Torres put Villarreal ahead, scoring a penalty won by Bruno Soriano. Betis pulled out all the stops to stay in the fight and their efforts were rewarded. Rubén Castro once against had a decisive impact on the final result.

Aware of what was at stake, the two teams staged a heart-stopping finish in which saves from Sergio Asenjo and Antonio Adán were crucial to their salvaging a point.