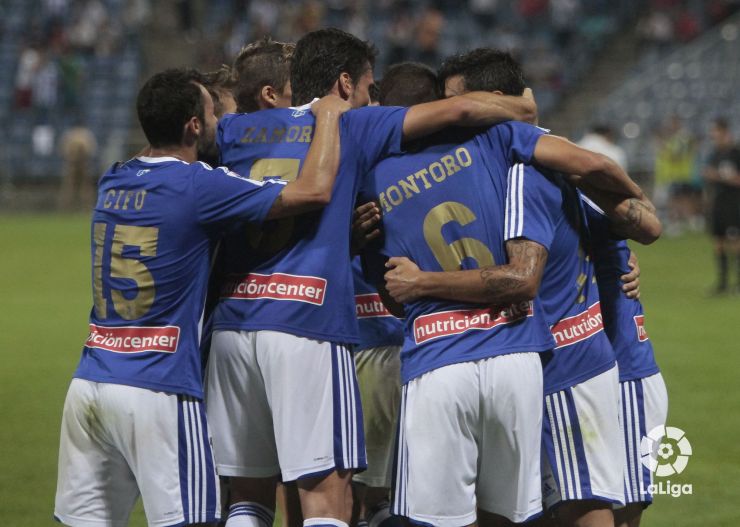 Sergi Barjuán’s team leads the Liga Adelante after winning five successive matches, and the city of Huelva is dreaming of celebrating the club’s 125th anniversary with promotion.

The positivity surrounding RC Recreativo de Huelva is evident after the first eight matchweeks of the current LigaAdelante campaign. The Blue and Whites have racked up 19 points out of 24 and now lead the league table with a four point cushion between them and second placed Sporting Gijón. All in all, things are looking up in Huelva.

Last Sunday's win against Tenerife was Recreativo's fifth on the bounce and the team's sixth of the season. So far the Andalusian outfit has only lost one match in the campaign, away to Alcorcón. However, the team has looked unstoppablein the Nuevo Colombino since the season kicked off. Only Sporting Gijón have managed to come away with a point from the Recreativo home ground.

A lot of people are putting the team's turn of fortunes down to the appointment of SergiBarjuán as the first team coach. "We have to enjoy this moment, which is a great for everyone. The longer we stay up there the better", the Catalan manager said after his team's victory against Tenerife, although he also stated that "we have to keep our feet on the ground". One of the side’s other heroes during the early stages of the season has been centre midfielder Manuel Arana, who has scored five goals in eight matches, making him the top goal scorer in the league.

The club and fans will be hoping for things to continue in a similar vein for the rest of the season in order for the team’s good start to help propel them to the Liga BBVA, which would be even more special given that it’s the club’s 125th anniversary.