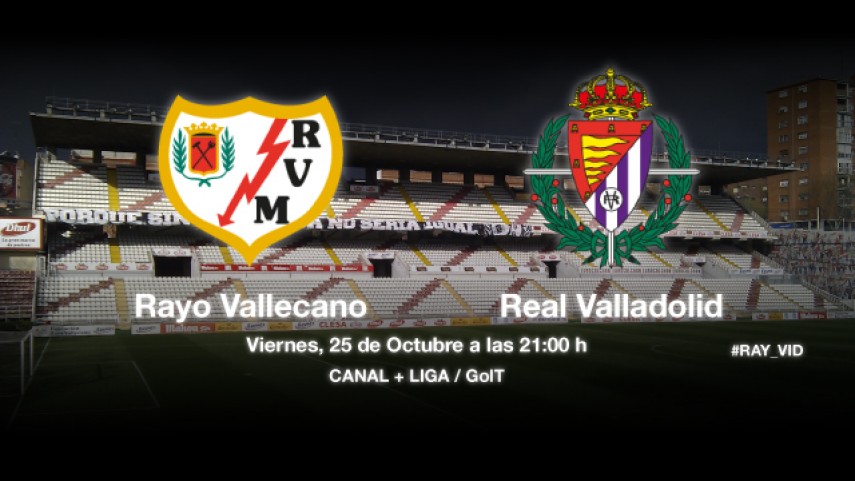 Paco Jémez's men will be hosting Valladolid with their minds set on their third consecutive victory.

Rayo Vallecano will host Real Valladolid CF in the first tie of Liga BBVA matchday ten. The team from the outskirts of the capital comes into the game on a high after winning its last two matches, while Valladolid came back from 0-2 down to rescue precious point from the José Zorrilla in its last clash.

Paco Jémez, the home team's coach, will have to shape his plans for the match around the absence of Saúl Ñíguez, who is serving a ban, and the injured Seba Fernández, Zé Castro and Leonel Galeano. "Valladolid is much better than they look in the table. You could see it against Sevilla. We cannot be over confident", warned the Rayo coach after Thursday's training session.

For its part, Juan Ignacio Martínez's side, who are 17th in the table, will be bidding for its first victory in six matches without Victor Pérez and striker Humberto Osorio, while Óscar González returns to the fold. The team from Castile and Leon comes to Vallecas with a clear goal: "We want to get three points and string together some good results, stated JIM in the pre-match press conference.