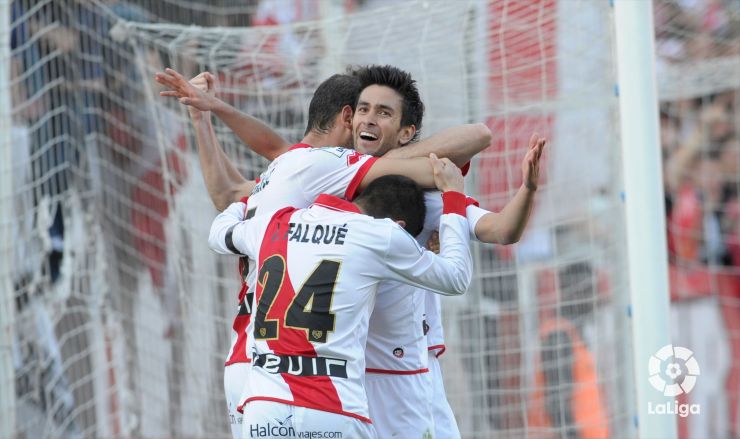 Rayo climb out of the Liga BBVA relegation zone

In other matches Real Madrid beat Málaga and Atlético overcame Espanyol, meaning the Whites remain top of the league.

The star of the show during Saturday's Liga BBVA matchday 28 action was Rayo Vallecano, a team that has now picke up three wins in a row and has finally managed to move out of the relegation zone having spent ten matchdays near the bottom of the league. Goals from the club's top two scorers, Joaquín Larrivey and Alberto Bueno, gave the Madrid side a 3-1 victory over UD Almería, a direct opponent in the table.

Meanwhile, two of the teams fighting it out for the Liga BBVA title, Club Atlético de Madrid and Real Madrid CF, also had good days at the office by beating RCD Espanyol and Málaga CF respectively. The Whites hold onto their first place spot thanks to a solitary goal by Cristiano Ronaldo against the Andalusian outfit, which had gone three matches undefeated before today.

There was a similar result in the Vicente Calderón where the Red and Whites took all three points courtesy of a Diego Costa goal, a result that keeps Diego Pablo Simeone’s side in the title hunt. Meanwhile, Celta Vigo also got a valuable win on a day full of tightly contested football.