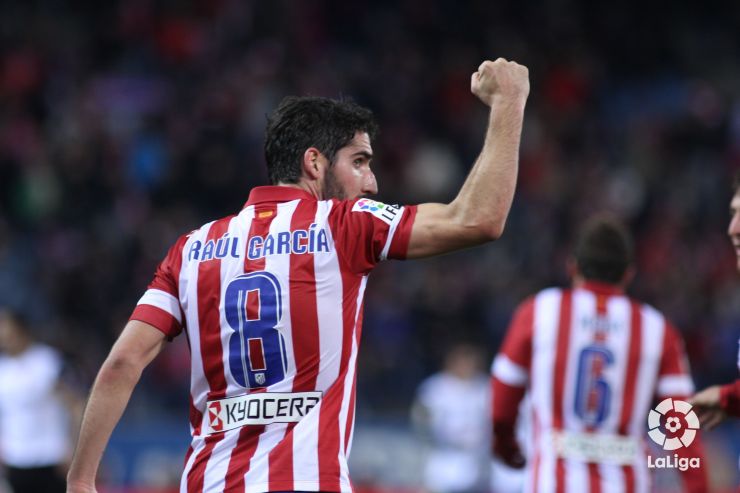 Raúl García will be a 'rojiblanco' until 2018

The midfielder, who is the team's second-highest goal-scorer this season, has extended his contract with Atlético until the 30th of June 2018.

Club Atlético de Madrid have guaranteed the longevity of its midfield by renewing with Raúl García until 2018. The player, whose contract was due to expire in 2015, will now be with the rojiblancos for three more years.

The ex-CA Osasuna player has become one of the stars of Diego Simeone's side in recent months and he is even the team's second-highest goal-scorer, behind Diego Costa, with 14.

"I'm really happy with the agreement. Both myself and the club wanted to agree terms because I am very comfortable here", he stated to the Madrid side's official website. Raúl García joined the squad in 2007 and, despite returning to the side from Navarre in the 2011/12 season, he has scored 32 goals for Atlético since arriving on the banks of the Manzanares, 14 of them this season.