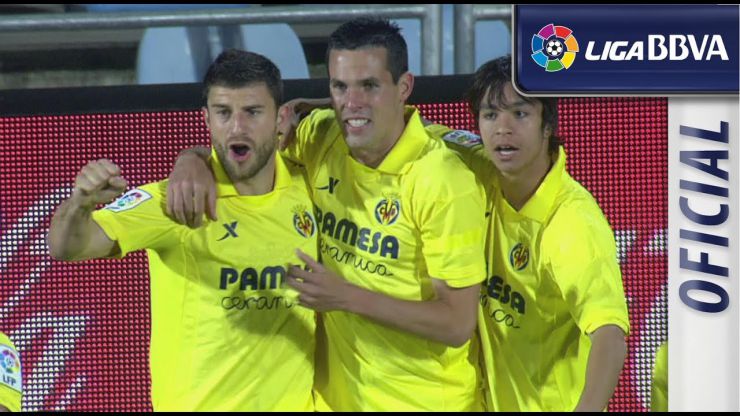 An early strike from the French forward was enough to earn the away side all three points against Getafe, who now drop into the relegation zone.

Villarreal beat Getafe 1-0 away from home in matchday 30 of the Liga BBVA. With this win, the Yellow Submarine, now on 48 points, tightens the gap on Sevilla and Real Sociedad, and remains in the race for a spot in Europe next season.

With the match barely kicked off, Bojan Jokić found Jérémy Perbet who unexpectedly ran at the Getafe defence and then cut inside before blasting the ball into Jordi Codina’s net to open up scoring. The home side tried to turn things around, but Marcelino Garcia Toral's men were sharper and had a few chances to extend their lead. However, they were unable to build on their 1-0 advantage during the first half.

With Pedro León's introduction after the break fans in the Coliseum Alfonso Pérez were treated to a more creative Getafe. Nonetheless, despite the increased pressure on their goal, the away side’s defence was able to withstand the onslaught and managed to seal all three points to keep their hopes of European qualification alive. As a result, Cosmin Contra's men have now gone 15 games without a win, and remain rooted in the Liga BBVA relegation zone.