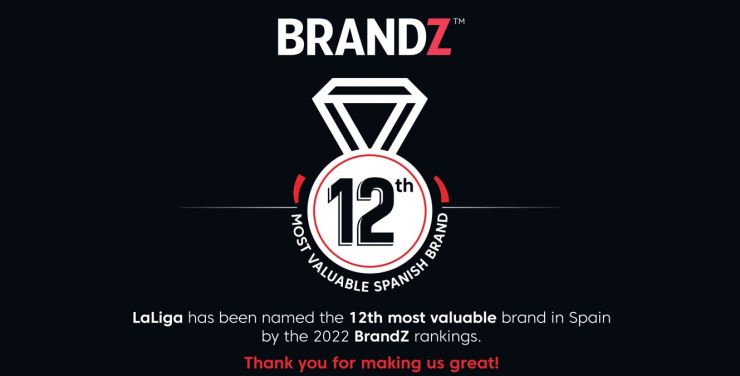 Ranked 12th in the list drawn up by consultancy firm Kantar, it is three positions higher than in 2022.

LaLiga is once again the leading sports organisation in the Kantar BrandZ ranking, which lists the 30 most valuable Spanish brands. This time, it ranks 12th, three places higher than last year, when it was 15th.

LaLiga has experienced growth of 1% over the previous year, a particularly relevant result considering that, overall, the companies in the BrandZ ranking have recorded a 9% drop in value in 2022, to 89.1 billion dollars. This decline has been generated by the inflationary wave and the effects of the war in Ukraine, in addition to the fact that Spanish GDP, unlike other European countries, has not yet recovered to pre-pandemic levels.

Kantar BrandZ is the only global ranking that measures the most valuable brands by taking into account both the financial performance of each brand and how consumers rate their equity.