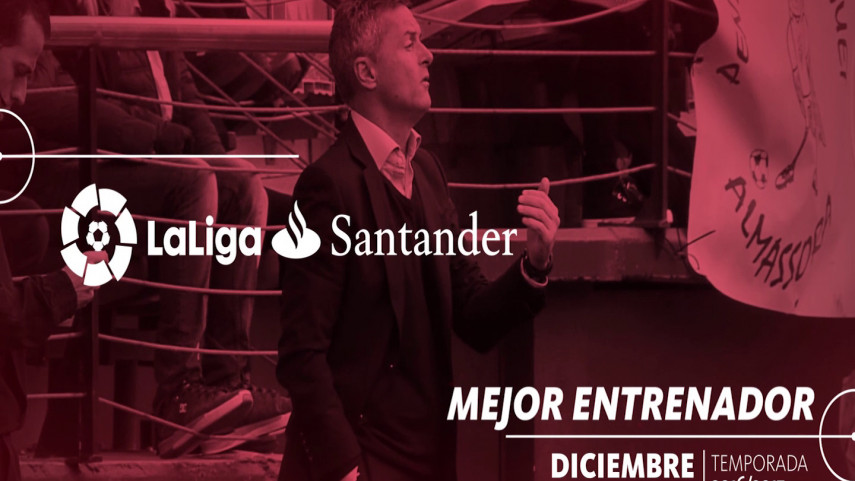 The Villarreal boss receives this award in recognition of the Yellow Submarine's impressive form during December, which saw the Castellon outfit move up into fourth after remaining unbeaten throughout the whole month.

Villarreal CF coach Fran Escriba has been named the LaLiga Santander Manager of the Month for December after guiding his side to a fine set of results during the final month of the calendar year. This accolade - which is awarded by Santander, the competition's main sponsor, and voted for by the LaLiga.es writers - was presented by Mr. Rafael Luis Díaz Iglesias.

A draw and two comprehensive victories - over Atletico Madrid and R.Sporting - in the final three matchdays of 2016 propelled the Yellow Submarine up into fourth. Having amassed 29 points so far this term, Villarreal have collected just four less than third-placed Sevilla FC and Escriba's charges will be looking to take their excellent form into 2017, as they bid to secure a Champions League spot come the end of the season.