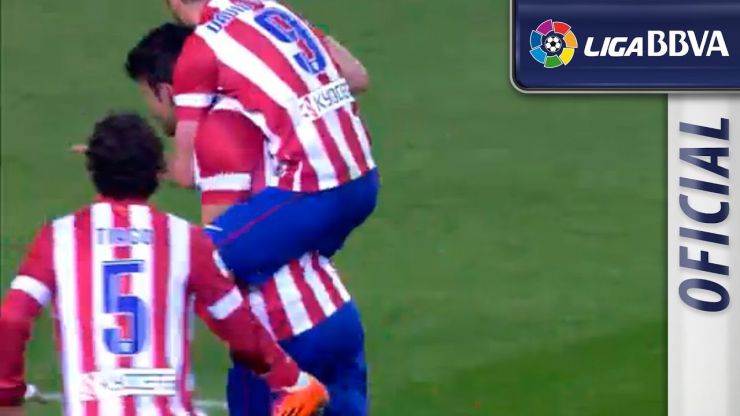 The rojiblanco striker netted the only goal of the match against Granada, rewarding three points to his team, who are still looking down on the table.

Club Atlético de Madrid lived up to the expectations of their leadership as they beat Granada CF by the smallest of margins thanks to a goal from Diego Costa in the Liga BBVA matchday 30 game.

The excitement of the Liga BBVA continued in the Vicente Calderón. Granada, who arrived in the capital after three matches without a loss, continued their good form by holding off the league leaders for the entire first half. It was a very tight first 45 minutes in which there were barely any clear chances on goal, but both teams were looking very competitive.

After the restart, they maintained the tempo. Danger from Yacine Brahimi and Youseff El Arabi was answered with several chances for Diego Costa and Arda Turan, but the match remained goalless. It was the rojiblancos’ top goal-scorer who eventually broke the deadlock by heading home a cross from José Ernesto Sosa to score his 24th league goal this season. Despite the best efforts of the Andalusian outfit to find Thibaut Courtois’ goal, Atlético dominated the rest of the match but were unable to put it to bed, resulting in an exciting finish. Eventually, all three points and the leadership stayed in the Calderón leaving Lucas Alcaraz’s team in eleventh place.