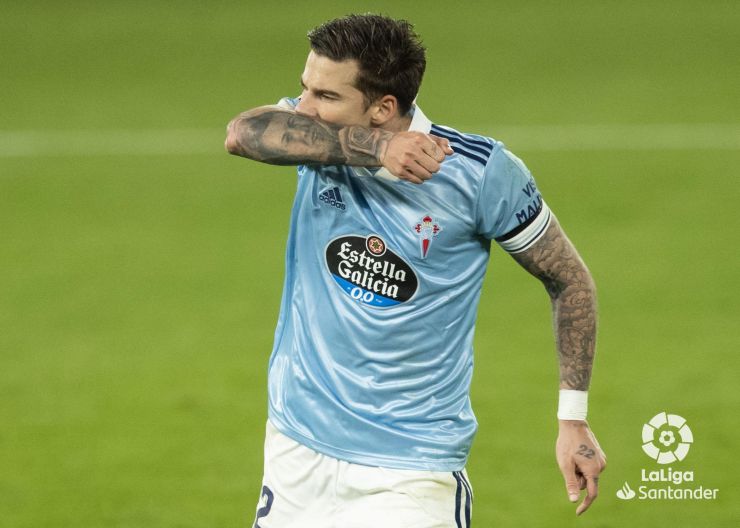 Santi Mina is on fire and has started the second half of the season with all guns blazing. Read on to find out about the brace that this ‘born to score’ forward netted in LaLiga Santander Matchday 23.

In the 76 minutes Santi Mina was on the pitch in RC Celta’s 3-1 over CF Elche he made quite the contribution, scoring the opening goal as well as the one that sealed his side’s victory. He was a constant menace in attack and nearly added an assist to his name as well. Nolito’s precise pass led to Mina finishing with aplomb for his first strike of the game, while his second was a sweetly struck volley that screamed past Edgar Badia into Elche’s net.

The Galician goal-getter is going through a purple patch, having scored three goals in the last two games, taking his season tally to five. This has coincided with Celta’s good run of form, with the club now on a four-game unbeaten streak in LaLiga, having beaten Elche in Matchday 23 and taken a point from their clash with table-toppers Atletico Madrid the week before.

Mina boasts formidable pace as well as great technique, making him a nightmare for the opposition. His qualities are evidenced by the statistics from the Elche match, making a total of 30 touches, playing 15 attacking passes and winning seven 50/50s. His strike rate is also impressive, with two goals from two shots on goal, and he slots in perfectly alongside his teammates and in boss Eduardo Coudet's tactical approach.

The 25-year-old has found the net 49 times in LaLiga Santander, yet he isn’t just a ruthless goalscorer. He’s also brought a huge amount to the team as a whole, and enjoys contributing in whatever way he can and bringing joy to Celta fans near and far. The Galician club are set to benefit from Mina for many years to come, and he’s sure to keep giving them something to shout about.