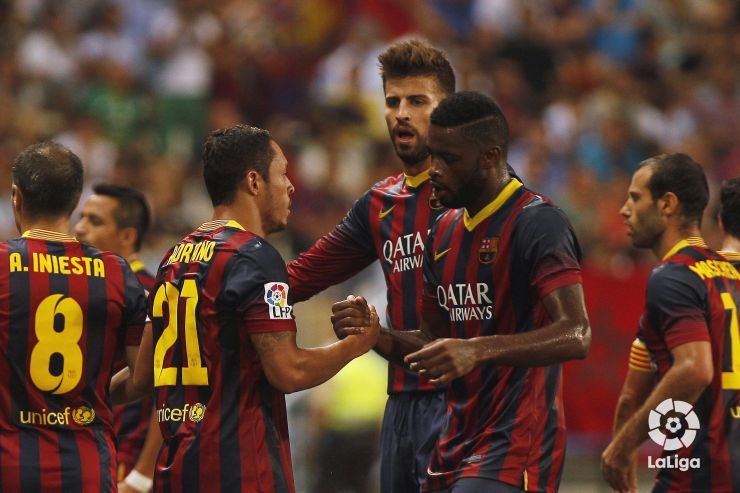 The Catalan club will be looking to extend its lead while the visitors are without a number of key players due to injury.

FC Barcelona, who lead the Liga BBVA, take on Real Valladolid at home on Saturday night. The visitors will be looking to cause an upset in the Camp Nou in order to put some distance between them and the drop zone. Atletico Madrid, who are level on points with the blaugrana, are in flying form so Barca will be trying to hold onto its top spot in the league table.

‘Tata’ Martino will be without the likes of Puyol, Isaac Cuenca, Afellay, and most recently Mascherano and Leo Messi - who are all out injured - for this encounter. In reference to Messi, the Argentine coach said “Leo is a bit behind Javier [Mascherano] in terms of his recovery. Neither of them are ready to play, the medical and technical staff will decide when they are”. In terms of the squad list, Martino assured that Neymar “could well play as an out-and-out striker” and insisted that he will continue to rotate the squad.

Valladolid also has a long list of injuries ahead of this match, with Álvaro Rubio, Lluís Sastre, Víctor Pérez, Óscar, Daniel Larsson and Manucho all still out. As a result Juan Ignacio Martínez, the pucela coach, has included two youth academy players in the squad: Vadillo and Alberto Rodríguez. “We have to stay focused throughout the match, it’s fundamental”, Martínez declared in his pre-match press conference in which he refused to rule out the possibility of a surprise.