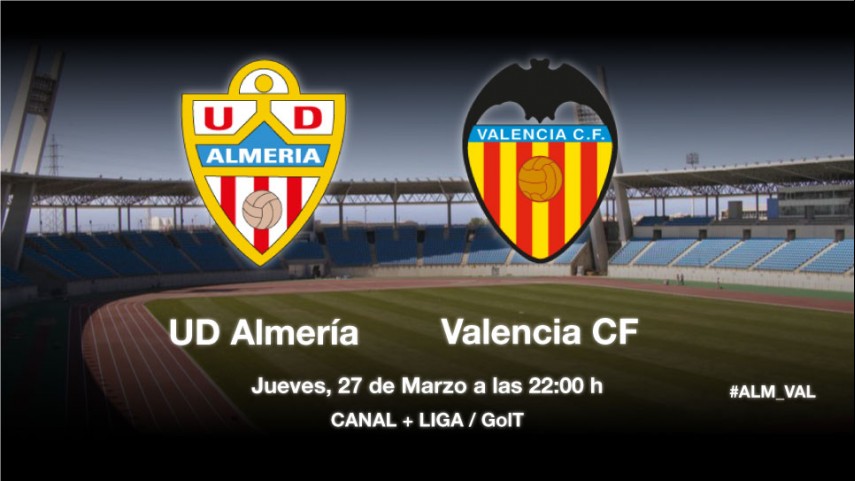 Almería back in the Juegos Mediterráneos

The Andalusians are looking to make the most of their second home match to keep their hopes of survival on track against a Valencia that has proved inconsistent in recent weeks.

Francisco Rodríguez's team will have a great opportunity to move one step nearer to survival in its second consecutive home match, following the victory over Real Sociedad de Fútbol. Rodri and Jonathan are back in a squad that will not include Sebastián Dubarbier or Hans Martínez. The Almería coach is confident in his team: "We are aware of our limitations and we play with that, it's what makes us strong", adding that the keys to moving forward and staying up are "humility and commitment".

They will be faced with a Valencia that has been inconsistent recently, but whose morale is high after winning the local derby against Villarreal CF. Juan Antonio Pizzi's men need to continue their streak of good results in order to reach the European spots. Philippe Senderos is back in the fold while Diego Alves, Víctor Ruiz, Pablo Piatti and Ricardo Costa will not be in Almeria. One of the new faces in the squad is Antonio Sivera, one of Valencia's youth keepers. Pizzi explained that the victory over Villarreal has given them strength. "We have gained strength but we need to find motivation", he said.