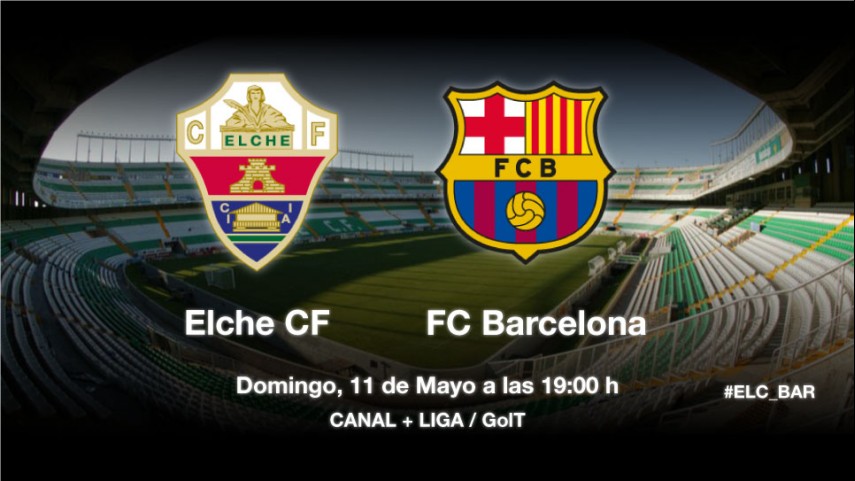 A 'must win' game for different reasons

Elche, who are still not clear of the relegation dogfight, play host to a Barcelona side that needs to win its two remaining Liga BBVA fixtures to lift the title.

Elche CF and FC Barcelona will meet on Sunday for a passionate Liga BBVA matchday 37 clash.

The Alicante outfit, which currently sits 14th in the league with 39 points, will be in search of points in this encounter in order to wrap up safety in the division. To help them do so, they will be relying on their strong form at home in the Martínez Valero Stadium, where they haven't lost since the Málaga CF (0-1) match five months ago. "Our fans are hugley important and we'll need them again, like we have all season. I'm confident that we can get a result and even win", Fran Escribá pointed out.

Traveling to the Elche fortress is a Barcelona side focused on finishing the season with the Liga BBVA title. If the Catalans win their two remaining games, the second of which is against Atlético Madrid, they will be crowned league champions, and as a result they have everything to play for on Sunday. The blaugrana manager Gerardo Martino, who will have to cope with a long list of injuries that includes Gerard Piqué, Jordi Alba, Carles Puyol, Víctor Valdés and Neymar, stated that his team has "a unique opportunity".