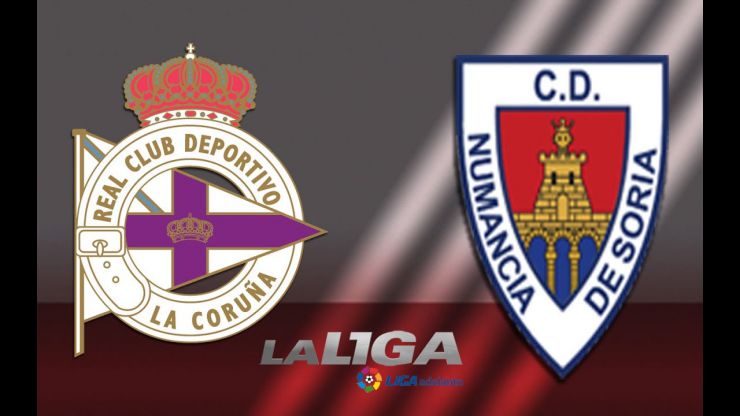 A goal feast at the Riazor

Deportivo and Numancia drew 3-3 in a frenetic match full of openings for both sides.

RC Deportivo de La Coruña and CD Numancia played out one of the most passionate and even games in the 19th round of Liga Adelante fixtures, which finished with the points being shared at the Estadio de Riazor.

Numancia came out looking to overrun the league leader, and they looked compact in defence and strong in attack. It wasn’t long before they scored the first goal of the match, which came in the 12th minute following a team move that Juanma finished off.

Thereafter the game was extremely open, and full of end-to-end opportunities in which anything could have happened. Deportivo, who had played cautiously as to not be caught out by Numancia’s game plan, came back with two great goals from Juan Domíngez and Borja Bastón to get their noses in front.

In the second half, Sergi Enrich levelled things up from a Julio Álvarez corner, and in the very next dead ball situation the forward scored again to put the visitors ahead. It was then that Depor played their best football, and went close several times until Luis Fernández put the ball in the back of the net in the 91st minute, causing pandemonium in the stands. Depor’s tails were up, however Numancia were able to see out the remaining minutes to take a point from the tie.