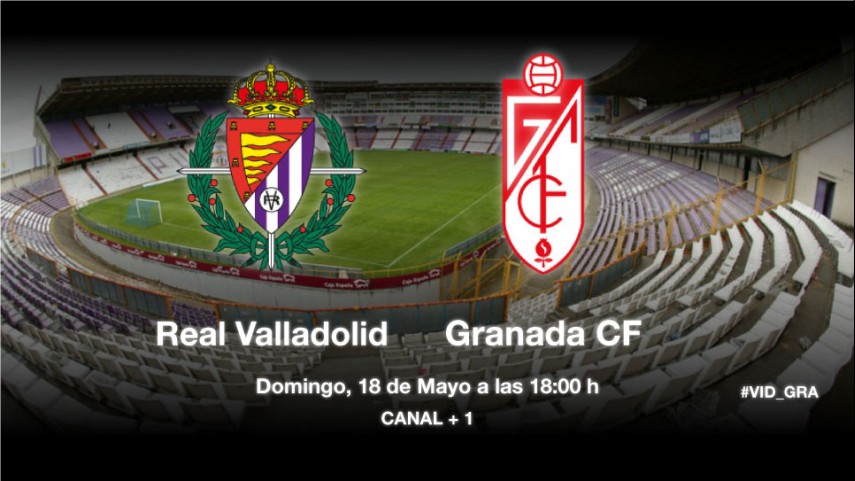 A battle for survival in Zorrilla

Valladolid and Granada meet in a match in which both sides need points in order to stay up.

Real Valladolid CF and Granada CF will come face-to-face for matchday 38 of the Liga BBVA campaign, in what will be a vital game for both teams’ hopes of remaining in the division for another season.

The home side will be looking to beat the Andalusians. Three points would ensure safety for Juan Ignacio Martínez's men, but only in the case that Getafe CF lose or CA Osasuna fail to win. "We will stay up", declared the Alicante-born manager, who will have almost a full squad to choose from with the exception of one of the cornerstone's of his central defence, Marc Valiente, who is suspended due to an accumulation of yellow cards.

Granada travel to the Estadio Municipal José Zorrilla with the same goal in mind, and will be fighting to stay up in the Liga BBVA for another season. In order to do so, they will be looking to win in Valladolid's home ground. Should they draw they would only be relegated if Osasuna win and UD Almería and Getafe CF both lose. Lucas Alcaraz, the Granada manager, was in an optimistic mood during his pre-match press conference. "We are confident that we can stay up". The visitors have a full squad with the exception of Jeison Murillo in defence.