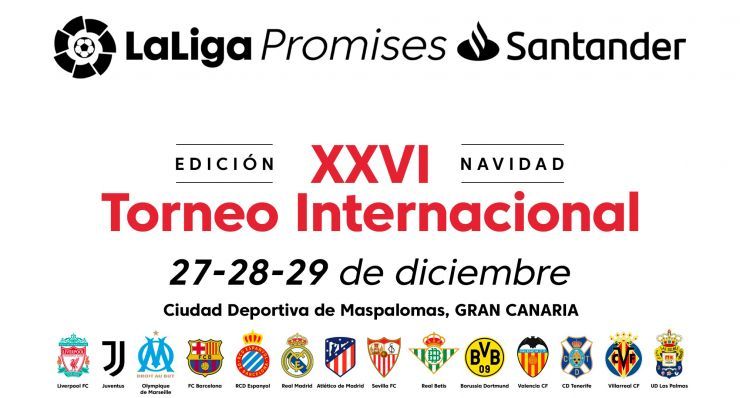 The 26th edition of the LaLiga Promises tournament can be followed via Gol TV, DAZN, Movistar+ and our own OTT, LaLigaSportsTV.

The XXVI edition of LaLiga Promises is finally here, and we do not want you to miss a single second of the tournament, even if you are not in Maspalomas. The best youth teams, both Spanish and European, will be in Gran Canaria on December 27th, 28th and 29th, battling for the title once again.

The tournament can be watched live on Gol TV, DAZN, Movistar+ and our OTT LaLigaSportsTV. On a digital level, the matches will be broadcasted on LaLiga's YouTube  channel, LaLiga's official Twitch channel and LaLiga's official Facebook. You will also be able to follow the action and everything else on LaLiga’s social media via the hashtag #LaLigaPromises. Don't miss the future talents of world football in one of the most prestigious tournaments of grassroot development.