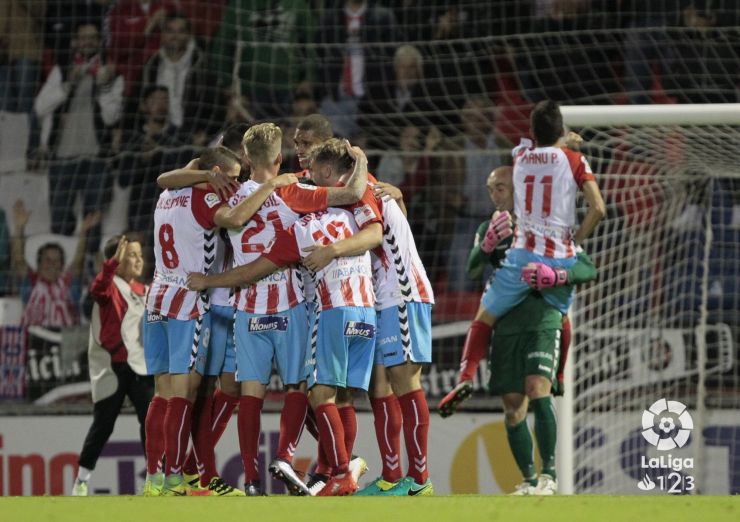 Things are tight at the top of LaLiga 1l2l3

Levante, Lugo and Reus all did enough to remain in the top three, whilst Nastic, Alcorcon and Almeria prop up the table.

The Andalusians narrowly edged past Alcorcon to record a second successive win and put their early-season woes firmly behind them. Alejandro Alfaro struck the winner in the 65th minute, smashing the ball home from point-blank range after Marko Dmitrovic had saved his initial effort.

The Galicians continued their fine start to the campaign with victory over Valladolid at the Estadio Angel Carro. The on-song Joselu Moreno slotted the ball home from the spot to seal another three points and make it three wins on the bounce for Luis Cesar Sampedro's unbeaten side. Meanwhile, the visitors failed to put any points on the board for a third consecutive game. 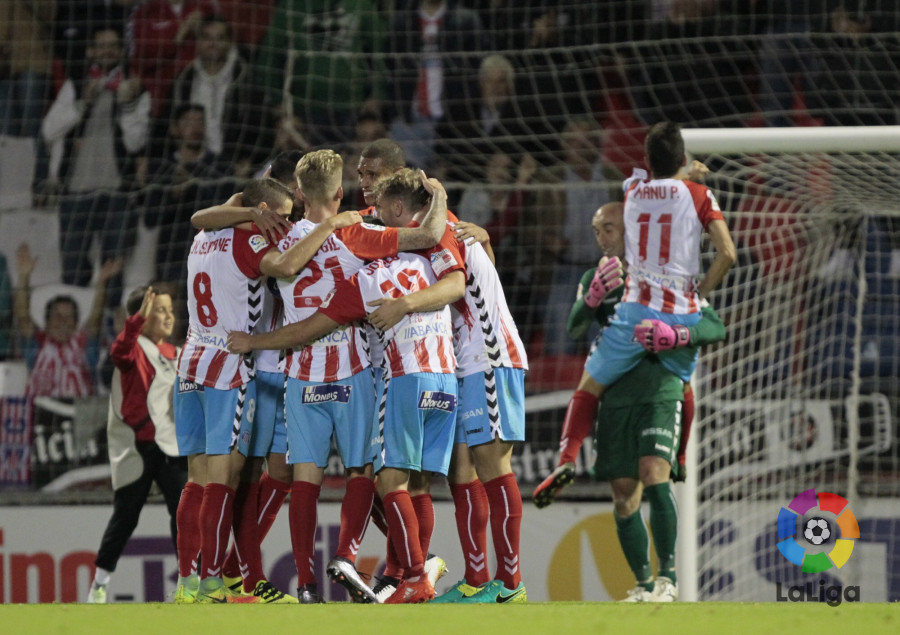 The Nou Estadi played host to a pulsating battle which was full of goalscoring chances but ultimately ended goalless. The Catalans were handed a golden opportunity to have got their noses in front on the stroke of half-time when they were awarded a penalty. However the hosts were left to rue their luck as Ikechukwu Uche's spot-kick was turned away by Xabi Irureta.

This encounter looked destined to end in a goalless stalemate until Joan Ander Garrido popped up with a last-gasp winner to seal victory for Cadiz. There were 93 minutes on the clock when the Basque midfielder rose highest to meet a corner and send the home faithful into raptures.

Levante emerged victorious from a hard-fought contest against the Sevilla FC youth team to send the Granotas top of the pile. The hosts took the lead when Paco Montañes bundled the ball home in the 76th minute and they held out to move into top spot.

Elche produced a late show to claim victory at Huesca. Pablo Hervias opened the scoring in the 74th minute and the visitors doubled their advantage just six minutes later through Javi Noblejas. With just minutes remaining, Nino made it 3-0 to secure Elche's third win of the season and condemn the hosts to a second successive reverse.

On-form Murcia collected maximum points for the second matchday running to move up into sixth. Jose Maria Salmeron's troops were utterly dominant against an Almeria side that barely managed to muster any chances of note. The Murcia victory came courtesy of strikes from Tito, Natalio Lorenzo, Juanma Delgado and a Juan Gongora spot-kick.

The three points up for grabs in the Madrid derby stayed in Vallecas. Goals from Ernesto Galan and Javi Guerra were enough to seal Rayo's win over a Getafe side that did their utmost to turn the game around after saving Roberto Trashorra's second-half penalty.

A goal in time added on away to Oviedo saw the Catalans remain undefeated and third in the table. The visitors were ecstatic as Mayordomo headed low into the back of the net from a 95th-minute cross into the area to seal all three points for Reus, whose record now stands at three wins and three draws.

Girona and Mirandes had to settle for a point apiece after Borja Garcia gave the home side a 54th-minute lead, only for Jon Aurtenetxe to equalise in the 84th minute and salvage a point for Mirandes. Carlos Terrazas' men remain undefeated in the play-off places.

The last game of LaLiga 1l2l3 Matchday 6 was an evenly-matched goalless draw between Tenerife and Mallorca which left both teams mid-table. Tenerife lie 10th on eight points, whilst Mallorca are 16th on six.