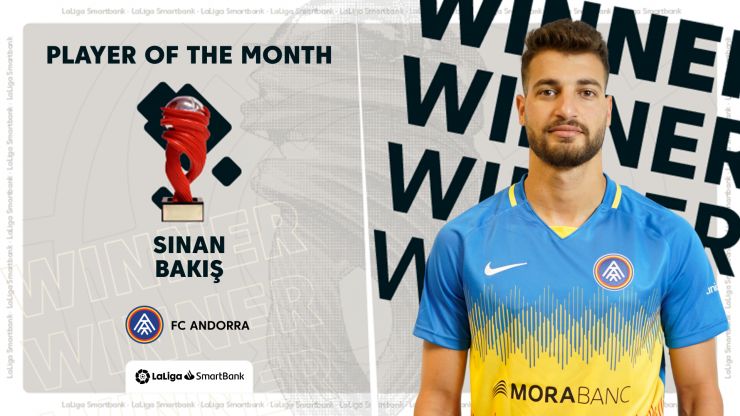 The Turkish striker has netted four goals in as many games in November, helping his side rack up nine points from the 12 up for grabs.

Sinan Bakis has received the LaLiga SmartBank Player of the Month Award for November. The FC Andorra forward has been instrumental for Eder Sarabia’s side, who have recorded three victories in the four games played, seeing the Andorran outfit end November in the playoff places.

The striker netted his four goals in the space of three games. The first came in the away victory at La Romareda, where Andorra ran out 2-0 winners. He went on to score another in the 4-0 drubbing at home to CD Lugo, before sealing his haul for the month by netting the winning goal on the visit to UD Ibiza.

The Turk takes over the reins of this award from the UD Las Palmas captain, Jonathan Viera, who received the prize in October. Bakis came out on top in the voting ahead of José Caro, of Burgos CF, & a Pablo De Blasis, of FC Cartagena.