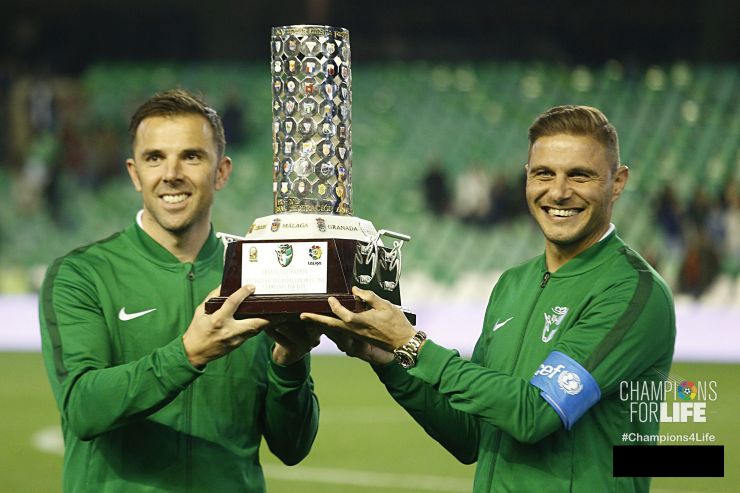 The proceeds from the charity fixture are set to be put towards projects run by LaLiga's Foundation and UNICEF's Spanish Committee aimed at helping society's most disadvantaged children.

Football fans in Seville flocked to the Benito Villamarin on Thursday to show their support for the third Champions for Life match, a fixture organised by the LaLiga Foundation to raise funds for UNICEF's Spanish Committee. The proceeds from the match, which was organised with the assistance of the Andalusian Football Federation (RFAF) to mark the institution's centenary, will, in the most part, be allocated to projects run by both organisations which aim to support the most disadvantaged children. On the field, the Andalusian XI secured a 3-1 victory over a LaLiga XI side.

Amongst the authorities taking their seats in the VIP area were Real Betis president, Angel Haro; LaLiga chief, Javier Tebas; the president of UNICEF's Spanish Committee, Carmelo Angulo Barturen; the president of the RFAF, Eduardo Herrera; the Andalusian ministers for health, Aquilino Alonso; tourism and sport, Francisco Javier Fernandez Hernandez; and the vice-ministers for the environment, Jose Luis Hernandez; and for tourism and sport, Diego Ramos; the Andalusian ombudsman, Jesus Maeztu; as well as presidents and representatives from various LaLiga Santander and LaLiga 1|2|3 clubs.

This fixture marked the first time that the Champions for Life match has been staged outside Madrid, with the previous editions having been held at the Santiago Bernabeu and the Vicente Calderon. The December 2013 edition raised funds to alleviate the impact of the typhoon which had devastated the Philippines one month earlier, whilst the proceeds from the match held in December 2014 were allocated to the fight against Ebola. 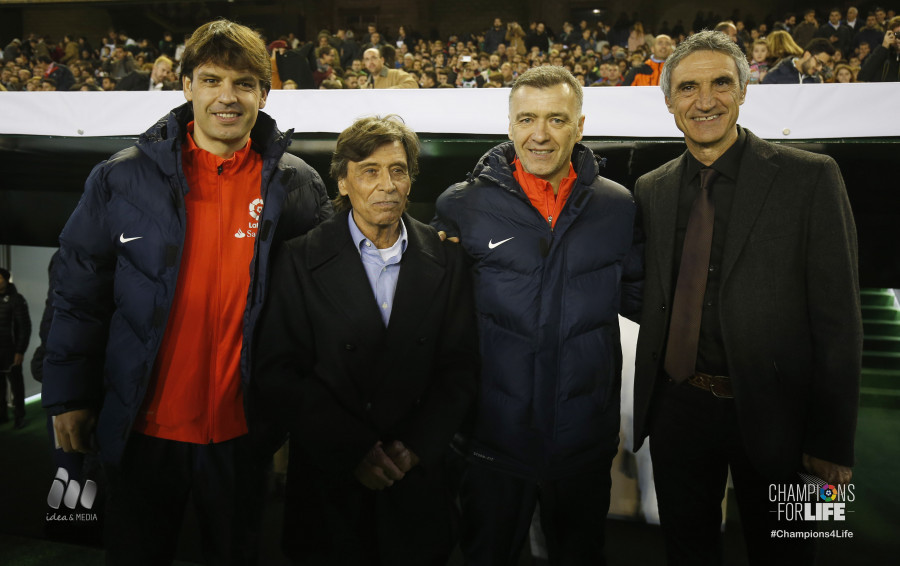 This time around it was the turn of the Villamarin in Seville. The aim was to pack the stadium in order to raise as much money as possible for the UNICEF programmes that support children in emergency situations, as well as the LaLiga Foundation, who use the funds for social projects carried out by LaLiga clubs in Mozambique, Nepal and Madrid. These projects include food grants for disadvantaged children and help for mothers who lack the financial means to cover the basic needs for their newborns.

Played under the slogan 'Un partido para recordar’ ('A match to remember'), part of the funds raised from the ticket sales of this match and donation text messages will go towards helping the needs of the most disadvantaged children in the world. At present, there are 535 million children – one in every four in the world - who live in countries that are at war or have suffered natural disasters and whose rights to a full life, to an education and to feel safe and secure are being violated.

Milinko Pantic and Fernando Morientes were the joint-coaches of the LaLiga XI, a squad consisting of players granted leave from their LaLiga Santander and LaLiga 1|2|3 clubs. It was the LaLiga XI that took the lead in the 13th minute, thanks to a strike by Burgui, but Paco Chaparro and Antonio Alvarez, coaches of the Andalusian XI, saw their side strike back through Carlos Marchena in the 37th minute. The Andalusian XI completed the turnaround and ran out as 3-1 winners thanks to goals from Osasuna striker Sergio Leon in the 68th and 88th minutes. 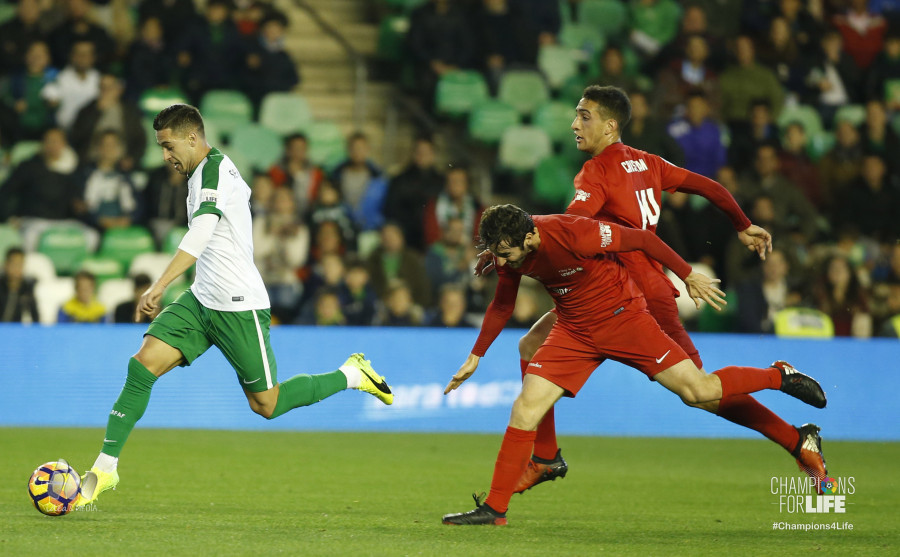 This match was the 44th to be played by a side representing Andalusia. Their first was in 1915, with this game rounding off the centenary celebrations of the RFAF. Carlos Marchena, who captained the side on this occasion, announced his retirement in 2016 and the Villamarin clash was the last ever game of his career. Prior to kick-off, Marchena received a plaque in recognition of his great career from Francisco Fernandez Hernandez and Eduardo Herrera, the president of the RFAF.

The captain of the Andalusian XI was substituted in the 44th minute with Chico Flores taking his place. While Marchena left the field, a video tribute of his career was displayed on the big screens, detailing a journey in which he won the European Championships in 2008, the U-20 World Cup in 1999 and the World Cup in 2010. Marchena also came away from the Sydney 2000 Summer Olympics with a silver medal for the Spanish national team. At club level, the defender won two LaLiga titles, a Copa del Rey crown, one UEFA Cup and a European Supercup, all of which came during his spell at Valencia.