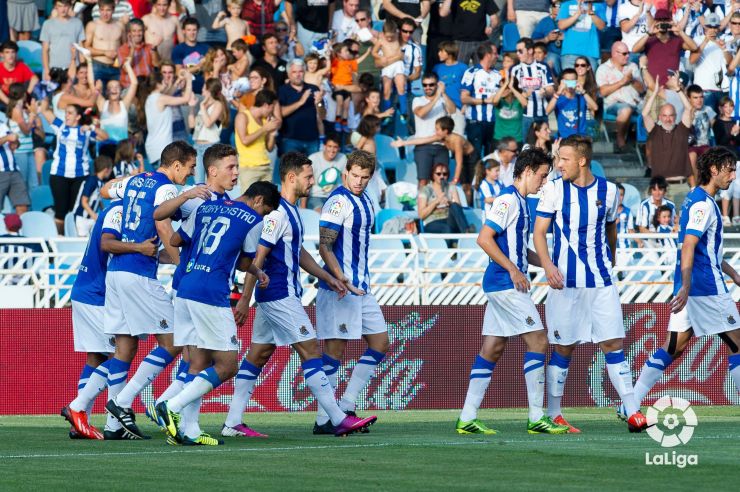 Real Sociedad sealed an important win in the Mestalla, with goals from Griezmann and Rubén Pardo.

Real Sociedad de Fútbol recorded an important 1-2 victory over Valencia CF which means it continues to climb the table after an indifferent start to the Liga BBVA season.

In an intense first half which saw Valencia control possession and enjoy more chances, with some threatening strikes on Claudio Bravo's goal, it was Real Sociedad player Antoine Griezmann who made it 0-1 after a slick move from the Basque team.

In the second half, Valencia attempted to draw level but it was Rubén Pardo, as the clock reached the hour mark, who found another way past Vicente Guaita with a low drive from outside the box. The home team never gave up and Dorlan Pabon scored for Valencia in added time to make the final score 1-2.