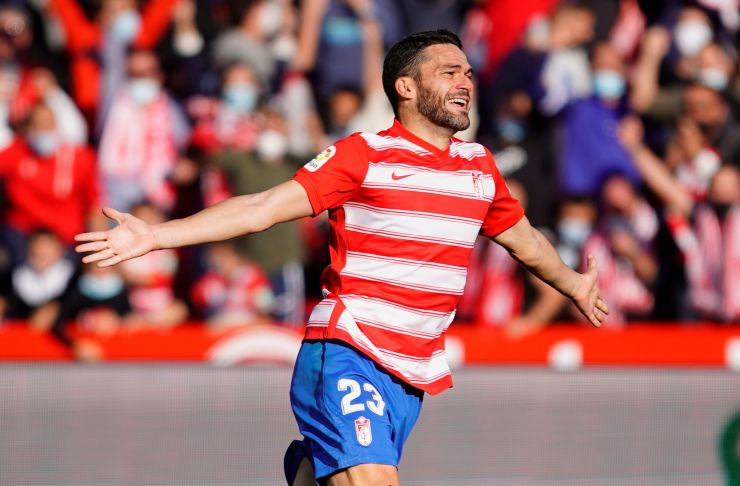 Jorge Molina continues to make waves in LaLiga Santander with his goal-scoring prowess and all-round play. He is in his second season at Granada CF and has scored six goals so far, and three of those came recently against RCD Mallorca in Matchday 18.

In this game, the Andalusians sealed a win thanks to Jorge Molina’s hat-trick, enjoyed in full by the adoring home fans, which saw Robert Moreno’s team pick up three points and rise to 15th in the table ahead of their clash against Atletico de Madrid taking place today, 22 December.

Colombian star Luis Suarez was the architect of Molina’s opening strike, setting the veteran frontman through on goal who duly blasted home in the 19th minute. However it wasn’t to be plain sailing for the hosts; Mallorca’s Dani Rodriguez equalised with a header just five minutes later. It wasn’t until the second half when Granada were able to restore their lead, and it was Molina again who found the net with a poacher’s goal in the 60th minute. The 39-year-old completed his hat-trick in stoppage time, rifling in from the edge of the box to round off what was a wonderful afternoon for Molina on an individual level as well as being a vital win for his side. Yet Granada weren’t finished with Mallorca: Suarez provided another assist for Antonio Puertas to score with the last kick of the match. 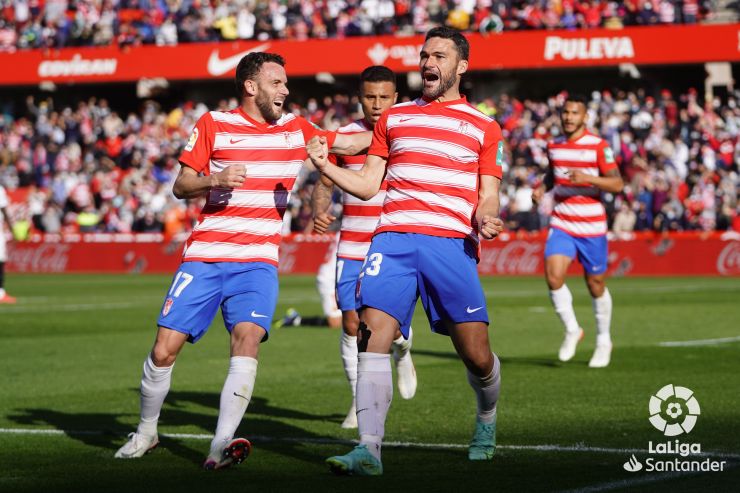 This means that counting the eight times he scored in 2020/21 Molina now sits on 14 goals scored in the Spanish top flight for Granada. Yet his finishing skills go back much further: he forged a reputation as a great goal scorer at Real Betis, Getafe CF, and Elche, to name but a few. It was at the latter where he enjoyed his most prolific campaign as a footballer, netting 26 times in the 2009/10 season in LaLiga Smartbank to claim the golden boot. If we tot up all the goals scored by Molina throughout his prolific career in the top two divisions, starting with his maiden season in professional football at Poli Ejido in 2007/08, then the number totals 157 with 69 of those coming in LaLiga. Not bad going!

Back to the here and now and Molina’s mission is clear: to spearhead Robert Moreno’s side as they try to climb the table. The Catalan coach has shown his faith in Molina’s experience and know-how of the game, giving him a starting berth in seven of the 15 matches in which he has played in 2021/22. He’s the Andalusians’ top scorer and has contributed to 33% of his side’s goals, scoring six times and providing one assist.

There’s no doubt that Molina is a born goalscorer, a player who makes it look easy, who is capable of fitting in well with his teammates, a player destined to make LaLiga Santander history, as well as a hat-trick magician who still has much to offer the game.

Don’t take your eyes off him!