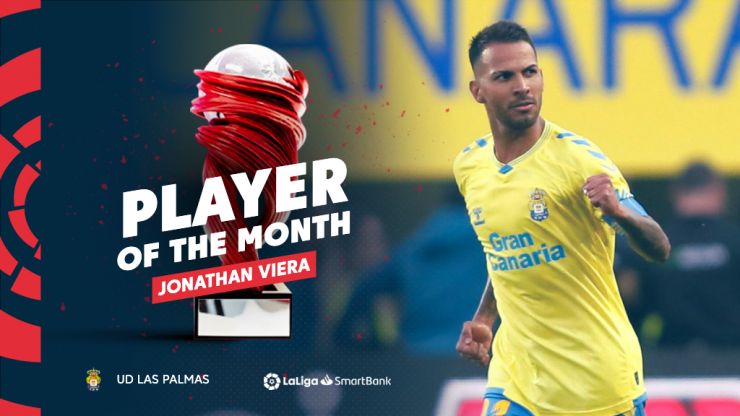 Jonathan Viera named LaLiga SmartBank Player of the Month for May

The Las Palmas skipper scoops the prize after playing a pivotal role for the islanders in the final run-in.

Jonathan Viera has been crowned as the LaLiga SmartBank Player of the Month for May. The UD Las Palmas captain weighed in with goals, assists and some fine performances to help his team secure a fourth-place finish.

The attacker led from the front for the Amarillos at the business end of the season as the Canary Islanders recorded their best run of form. Viera found the net in six games on the trot, registering against UD Ibiza, Malaga CF, CD Mirandes, AD Alcorcon, R.Oviedo and R. Sporting, against whom his goal secured the 1-0 away success that guaranteed fourth spot.