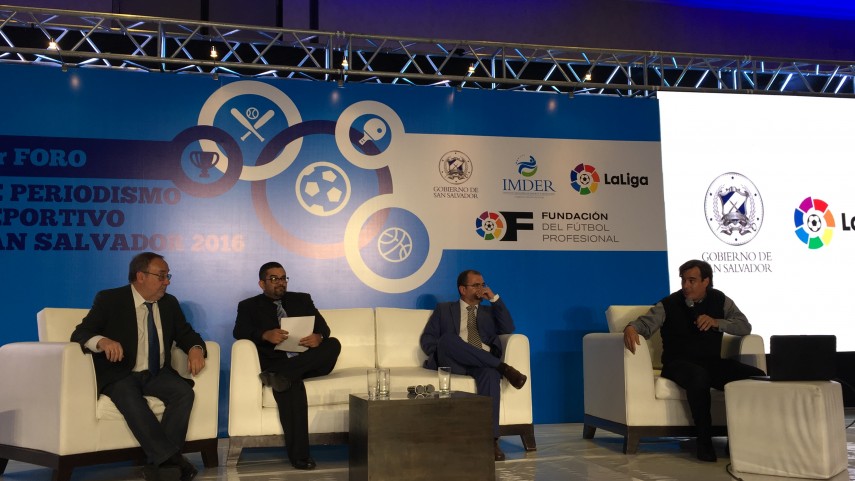 The discussion 'The Future of Sports Journalism in the Digital Era' rounded off the first event of its kind held in San Salvador.

After a morning session in which LaLiga president Javier Tebas joined Nayib Bukele, the mayor of San Salvador, to get things underway, the second half of the forum's programme consisted of a round-table discussion focusing chiefly on the transformation of journalism. Almost 100 local journalists took part in this debate, which also featured participation from the editors of Spanish sports newspapers AS and MARCA, Alfredo Relaño and Juan Ignacio Gallardo respectively; as well as from Mario Posada, the chief communications officer at El Salvador's Club Deportivo FAS, and Gustavo Flores, the sports editor at Salvadorian daily El Diario de Hoy.

These two local figures, Gustavo Flores and Mario Posada, had the honour of kicking off this discussion. "Just like in the rest of the media, the digital world isn't a threat to the press, but rather a form of evolution," Flores remarked in his address. Posada echoed these thoughts, noting that, "With new technologies it's a matter of trial and error until you get things right." The chief communications officer of Club Deportivo FAS went on to put the Salvadorian press under the microscope: "There is still a very big digital divide in this country, since a large part of the Salvadorian population doesn't have access to the Internet. Furthermore, in many instances here journalism is practised by people who haven't studied it, which has the result of devaluing journalism." 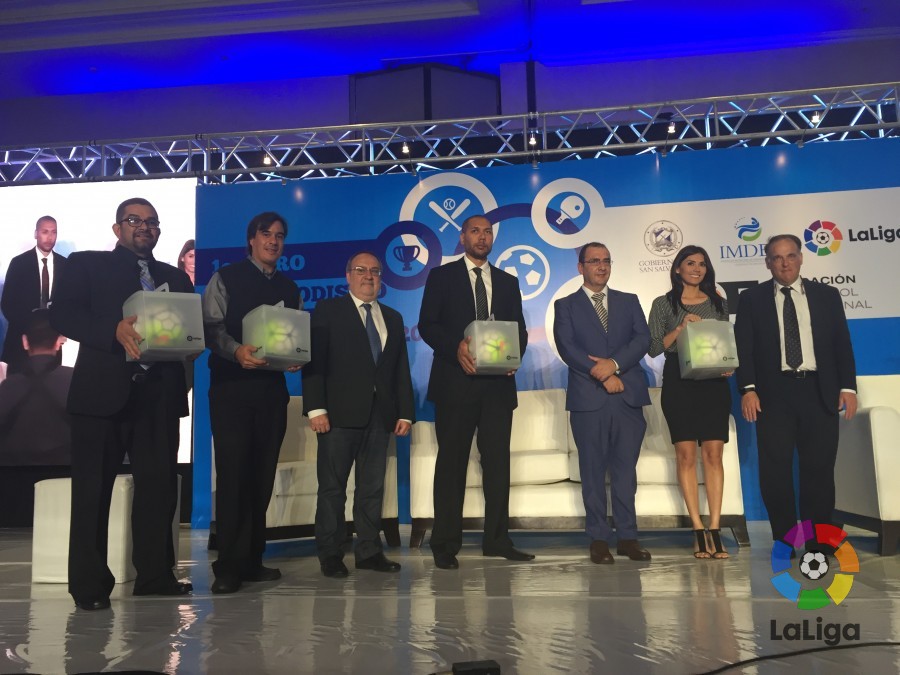 MARCA editor Juan Ignacio Gallardo began his speech by stating that, "we're still in the prehistoric period of the digital and social-media era; over time everything will settle down." He also gave his take on the growing number of channels through which news is disseminated: "We're headed towards the figure of the multimedia journalist. Thought has to go into the different formats in which information is published; we're witnessing a 'multi-format' transformation within which paper is just one facet, although print represents the roots of the press and so confers prestige."

Alfredo Relaño rounded off the first round of speeches. The AS editor broached the thorny matter of monetisation in the new era: "We know how many people read articles and therefore whether they're considered interesting or not, but we don't know how to make money through this and no one has figured out the solution yet." Relaño also explained to attendees how the structure of newsrooms has changed: "Now the print and digital newsrooms are totally integrated. Writers for the print paper also write for the website and vice versa, although we also have specialists."

The emergence of social media, football as a global subject matter and journalism education were just some of the other issues brought up over the course of this discussion. The debate concluded with a question-and-answer session in which the close to 100 local journalists in attendance were able to get involved, at the end of which they were each presented with a diploma by LaLiga president Javier Tebas, who followed all the proceedings.

This rounded off a resoundingly successful first edition of the San Salvador Sports Journalism Forum, which was organised by the LaLiga Foundation and IMDER (the Salvadorian Municipal Institute of Sports and Recreation). The event was held under the umbrella of the San Salvador LaLiga School campaign – now in its third phase – whose mission is to promote the social inclusion of young Salvadorians and to instil values through football.