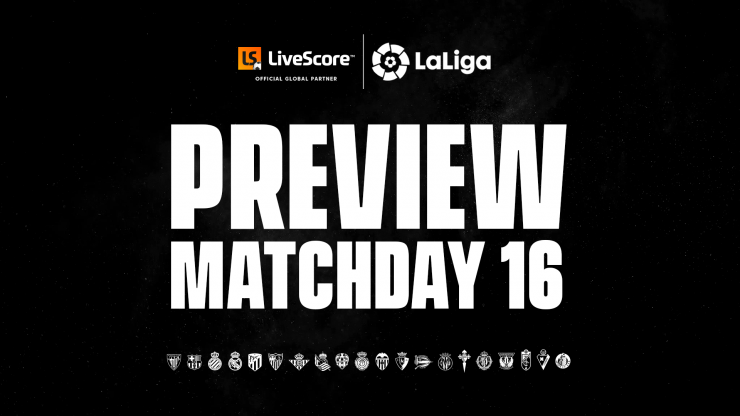 FC Barcelona and Real Madrid will look to remain locked at the top of LaLiga Santander ahead of their impending ElClásico battle with winnable games against RCD Mallorca and RCD Espanyol respectively.

Lionel Messi was at his preeminent best when it mattered most in FC Barcelona’s 1-0 win over Atletico de Madrid on the weekend, re-igniting his telekinetic combination with Luis Suarez to rip out the hearts of the home fans and steal victory with a classic 86th minute strike from outside the box. The goal ensured FC Barcelona would remain atop LaLiga Santander as we move ever closer to the season’s first ElClásico, which is beginning to look like it will feature Spain’s two best teams level on points and potentially even goal difference. A third-straight win for the reigning champions sees them return home with a fourth very much on the cards, with lowly RCD Mallorca heading to the Camp Nou who have lost three of their past four to now sit just one spot outside of the relegation zone. Their first LaLiga Santander campaign since promotion has stalled in recent weeks and they look at the moment as if they will be locked in a battle for survival throughout the second half of the season. FC Barcelona have won the past five meetings between these sides by an aggregate score of 19-2. RCD Mallorca haven’t beaten FC Barcelona in LaLiga Santander since 2009.

Lionel Messi’s late goal over Real Madrid’s cross-city rivals Atletico de Madrid denied them a chance to take sole possession of first place in LaLiga Santander, but they will feel buoyed by a blossoming season that has seen contributions from players throughout the squad, a vast change from recent seasons where their form has been dictated largely by the form of individuals, namely Cristiano Ronaldo. Three-consecutive wins has kept the pressure on FC Barcelona to not blink, and it appears we will be setting up for a December 18 ElClásico with two sides posting near identical records. Real Madrid, like their arch-rivals, will likely face little challenge this weekend as they host RCD Espanyol, losers of four of their past five games and sitting 19th on the table, five points shy of safety. They boast LaLiga Santander’s worst defence, a scary statistic given the history of teams being butchered at the Santiago Bernabeu and the growing confidence within Los Blancos that they can return to the summit of Spanish football. RCD Espanyol have beaten Real Madrid just once since 2007 in LaLiga Santander and have earned just two draws away in that period.

Villarreal CF’s slump continued on the weekend as they lost 2-1 away to Valencia CF thanks to a fantastic goal by Ferran Torres. The result was the third-consecutive loss for Villarreal CF, a run that has condemned them to 13th on the table, some seven points shy of the European positions. They host Atletico de Madrid on matchday 16, the side that coincidentally round out the top six after falling 1-0 at home to FC Barcelona thanks to a late, great Lionel Messi goal. Atletico de Madrid’s struggles in front of goal proved their downfall again as striker Alvaro Morata failed to convert a number of chances; their 16 goals scored this season is the worst of any side in the top 14. They will have the opportunity to improve on that damning number against a Villarreal CF side that have conceded 24 goals this season, the fifth-most in LaLiga Santander. This match ended in a 1-1 draw last season, but Villarreal CF have a strong record against their opponents in recent history, with Atletico de Madrid winning just once in the past eight league meetings.

Sevilla FC’s run of form continued last week as they made it three-straight wins despite only scraping past CD Leganes, LaLiga Santander’s worst side. While their wins have been far from convincing, with only one goal wins over strugglers Real Betis, R. Valladolid and the aforementioned CD Leganes over that period, Sevilla FC have themselves in a strong position through 15 games to challenge for Champions League football again. They travel to C.A. Osasuna, one of the most daunting away trips in Spanish football to play a side coming off one of their best results of the season, a 4-2 win away to RCD Espanyol. C.A. Osasuna sit in the top half through 15 games and they will be looking to increase the distance between themselves and the relegation zone as they attempt to back up promotion with another season of LaLiga Santander football. Sevilla FC have won the past four meetings between these sides dating back to the 2013/14 season.

Follow all the results and the standings from the opening round of matches in LaLiga Santander on www.livescore.com.