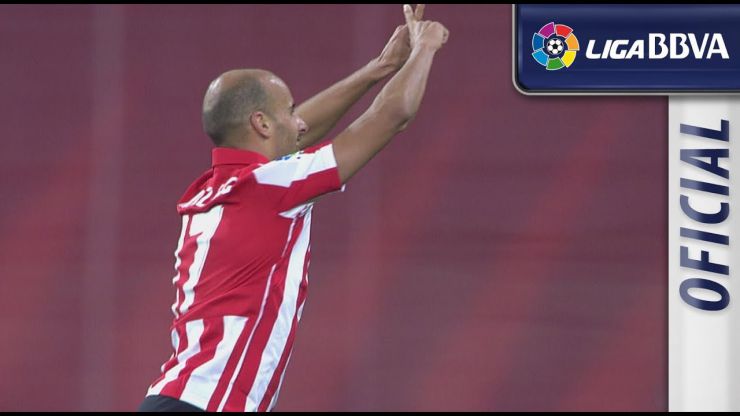 Athletic clinch yet another win in the San Mamés

The side from Bilbao is still unbeaten at home after defeating Rayo Vallecano before the Christmas break.

Athletic Club's streak of victories in the Estadio San Mamés continues after they beat Rayo Vallecano 2-1 on matchday 17 of the Liga BBVA. The result means that the Basque side say goodbye to 2013 in fourth place, a UEFA Champions League spot.

It was a high-octane first half in the new San Mamés stadium, where both teams had good chances in the opening minutes, but their finishing was not up to scratch. However, half an hour in, Mikel San José pounced on a parried shot to opening the scoring.

The sides from Madrid and the Basque country kept up the pace after the break, and the second half did not disappoint. Rayo levelled through a spectacular overhead kick from Alberto Bueno with 60 minutes on the clock, but just four minutes later Mikel Rico put the hosts back on top to seal the three points for his team.