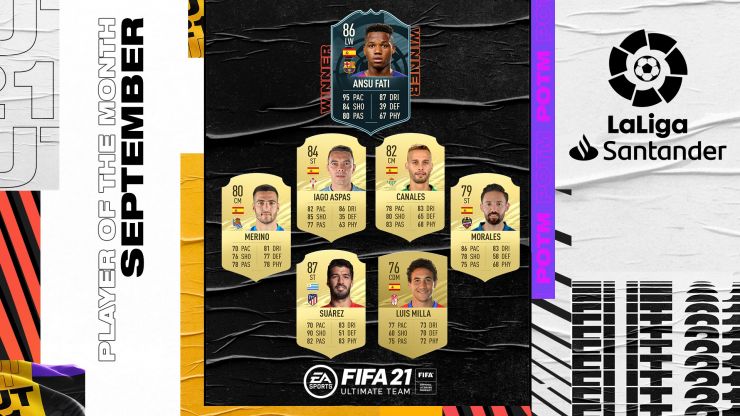 The Barça starlet claims the award on the back of a stunning start to the season that saw him bag a trio of goals in his side's two outings in the opening month of the campaign.

The youngster burst onto the scene last term in stunning fashion to become one of the stars of the 2019/20 LaLiga Santander season and the now Spain international's dazzling displays so far this campaign are confirming that early promise.

The Catalans recorded two wins last month, putting Villarreal CF to the sword in a 4-0 triumph, before registering a 3-0 away success over RC Celta, with Fati catching the eye in both games. He bagged a brace and earned a penalty within the space of a few first-half minutes against the Castellon outfit as his magic set Barcelona well on the way to victory. Meanwhile, in his second appearance of the month, against Celta, he again broke the deadlock with a sensational strike as his self-confidence, ability to get past his man and electric pace continue to earn him a place in the hearts of the Azulgranas' faithful.