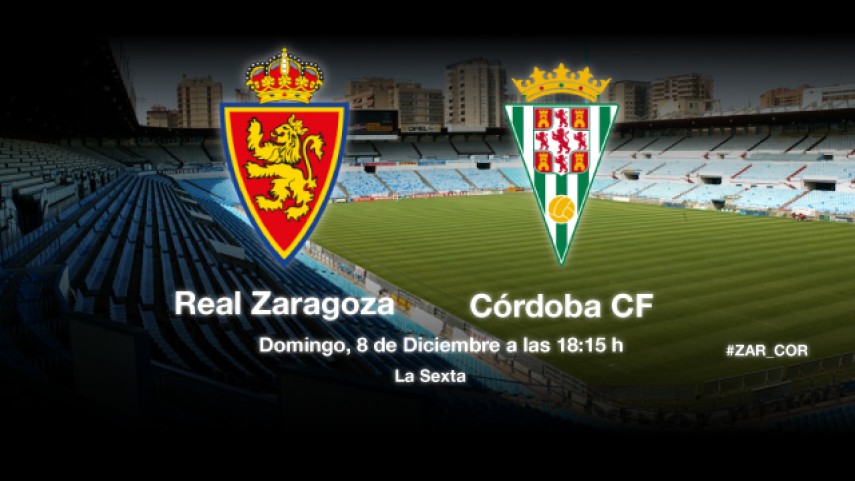 Zaragoza, in the hunt for another victory

The side from Aragon, who have taken all three points from their last two matches, host a Córdoba who are in need of a victory.

An in-form Real Zaragoza will host Córdoba CF on the 17th matchday of the Liga Adelante. The Andalusian outfit have only won one of their last five matches in the competition and therefore come into the tie in need of the three points.

The news for Paco Herrera's men is the inclusion of striker Luis García on the team-sheet after recovering from his ankle injury. For his part, midfielder Walter Acevedo will not play against the Andalusians. "If the team can beat Córdoba, I think it could lead to further success", revealed Herrera in the pre-match press conference.

For his part, Córdoba's manager, Pablo Villa, has named all of his available players for the clash in the Estadio de La Romareda. The coach from Madrid stated that "we must be completely focused", as "Zaragoza has a great squad and a hugely experienced coach".