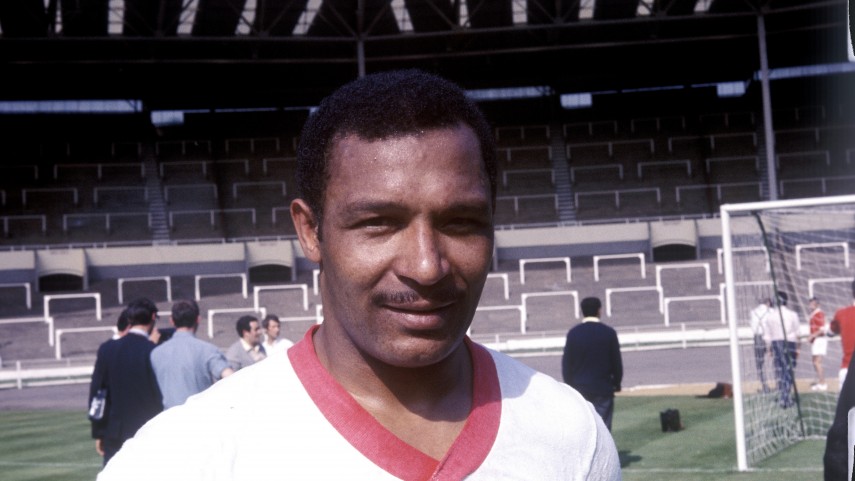 He was a member of one of the best Benfica sides of all time in the ‘60s and formed a famous partnership with the best Portuguese player of all time: Eusebio.

He was born in Mozambique in 1935 and at just 19 years of age he joined SL Benfica, the team where he played during their glory days and where he is now remembered as the 'O Monstro Sagrado' (the sacred monster). The left-sided midfielder, who was also occasionally employed in a more central role, answered to the name of Mário Coluna.

During his time with the team from Lisbon he won two European Cups, ten Portuguese leagues and six Portuguese cups. He made history with Benfica and was the star of the Portuguese national side. He was known for his long-range shots and an outstanding imagination. In addition, he mentored one of the most important players in the history of Benfica and Portugal, Eusebio.

With his country
Mário Coluna played for Portugal 57 times and scored seven goals. He was one of the two pillars that held together a Portuguese side with which, shortly after his debut, Eusebio would burst onto the scene. His final match for his country came against Greece in 1968, in a qualifier for the 1970 FIFA World Cup.

His record at the World Cup
His best performance came at the 1966 World Cup in England, when he captained 'Os Madriços' to third place, coming agonisingly close to glory. The understanding between 'O Monstro Sagrado' and the 'Pantera Negra' was clear to see on the pitch. With just a glance they understood each other perfectly, but the chemistry between them also existed away from the game. Coluna took the young Eusebio under his wing when he arrived from his native Mozambique, as requested by his mother in an emotional letter.

The end of his playing days
In 1970 he played the last match for his life-long team: Benfica. His last two playing years came at Olympique Lyonnais, where in 1972 he decided to bring his successful career to an end. Later he would become the president of the Federación de Fútbol de Mozambique. In 2014, Coluna and Eusebio, two of Portugal's best-known players, both passed away, which is why Portugal will be bidding to win the World Cup in Brazil, to provide a fitting tribute to two of their nation's icons.