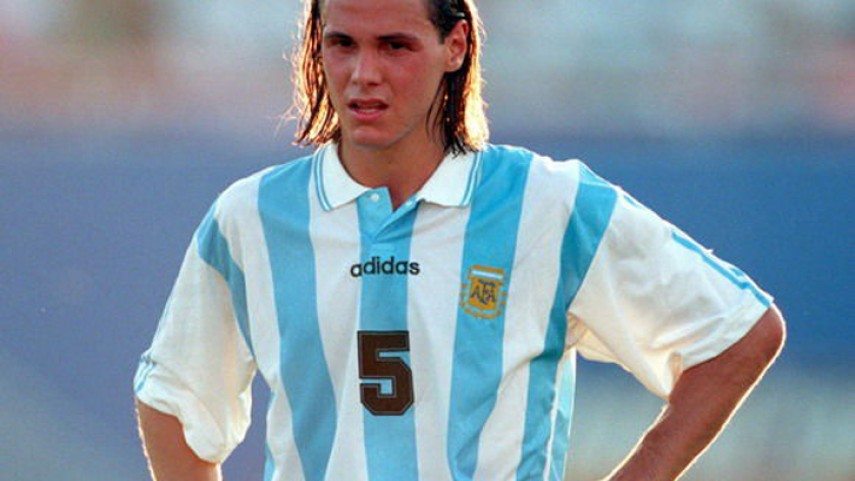 The Argentine was imperious in the centre of the park for Real Madrid and a fixture in the Argentina squad.

To this day nostalgic images are evoked when thinking of Argentina's most famous number '5'. His style of play as a defensive pivot was the start of a position that has now gained a lot of recognition and importance, in no small part down to the legendary Fernando Carlos Redondo.

His number on the pitch indicated one number, but he played like another: '6'. Just like on that night at Old Trafford when he played the cheeky back heel near the corner.

It was an assist that the Argentine provided for Raúl at the stadium known as 'The Theatre of Dreams'. The midfielder played for Real Madrid then, having joined from Tenerife, with whom he twice cost his future employers the league title on the final day of the season. Having signed their bogeyman, the Whites won two league titles, two Champions Leagues, an Intercontinental Cup and one Spanish Supercup with him in the centre of the pitch.

The role his country played
The Albiceleste are always amongst the favourites to win the World Cup. They go to Brazil with the intention of lifting their third trophy. Redondo played for the South Americans 29 times between 1992 and 1994 under Alfio Basile. The next manager, Daniel Pasarella, insisted that he cut his hair and Redondo objected, and promptly retired from international football. A knee injury saw his form dip, and was the principal reason he was not recalled by the next manager, Marcelo Bielsa.

His World Cup journey
He played in the 1994 World Cup, even though the Argentine side didn't have their best tournament, being knocked out in the last 16. Romania were their opponents after the finished third in the group stage, in which they had beaten Greece 4-0 and Nigeria 2-1. Despite being seen off by Hristo Stoichkov's Bulgaria in the final group game, they advanced from the stage. In these games Redondo was a fixture in the centre of the park, alongside another legend, Atlético Madrid manager Diego Simeone.

Before and After
In the year 2000 he left Real Madrid and signed for AC Milan, although injuries hampered his progress with the Italian side. Four years later he hung up his boots at the rossonero. He continues to play for the Real Madrid Veterans side and works in the media.