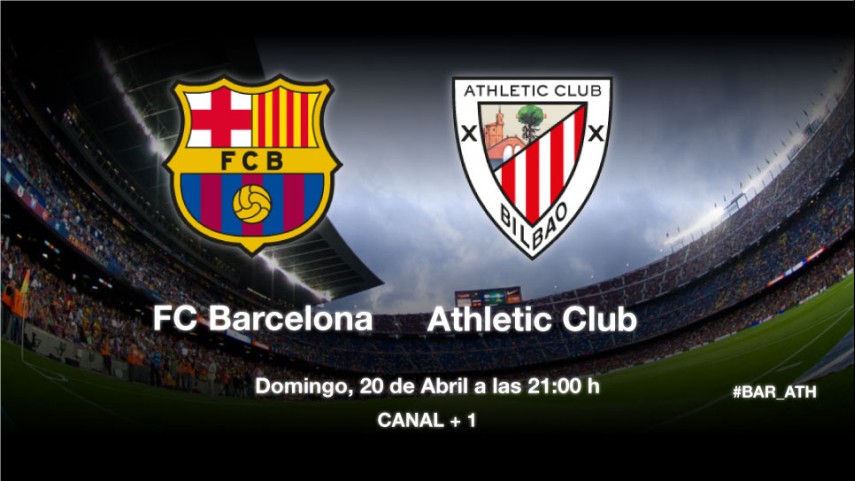 With their season at stake

Barcelona want to take all their chances in the Liga BBVA against an Athletic aiming to secure a Champions League spot.

On matchday 34 of the Liga BBVA, the Camp Nou will host one of the most exciting clashes of the championship. FC Barcelona and Athletic Club are going face-to-face in an encounter that will put the strength and stamina of the two sides to the test.

After waving two titles goodbye in the last week, the azulgranas will want to show that they are still hungry to stay at the top of world football and, this Sunday, they have the chance to stay within reach of the league leaders with a victory against fourth-placed Athletic. Manager Gerardo Martino said before the clash: "We'd be making a mistake if we started thinking about next season already, when mathematically we still have a chance". Carles Puyol, Neymar, Jordi Alba, Sergio Busquets and Gerard Pique are unavailable through injury.

But the team from Bilbao will not make it easy for a Barcelona, who have already lost to Ernesto Valverde’s side once this season (1-0 in their away fixture). Athletic will aim for a victory that will strengthen their hold on a UEFA Champions League spot for next season. Despite the azulgranas' recent defeats, the Basque side's manager does not want be over-confident: "Barcelona will try to recoup and play a good game. They have the resources to do so and, for us, it will be as difficult as ever".