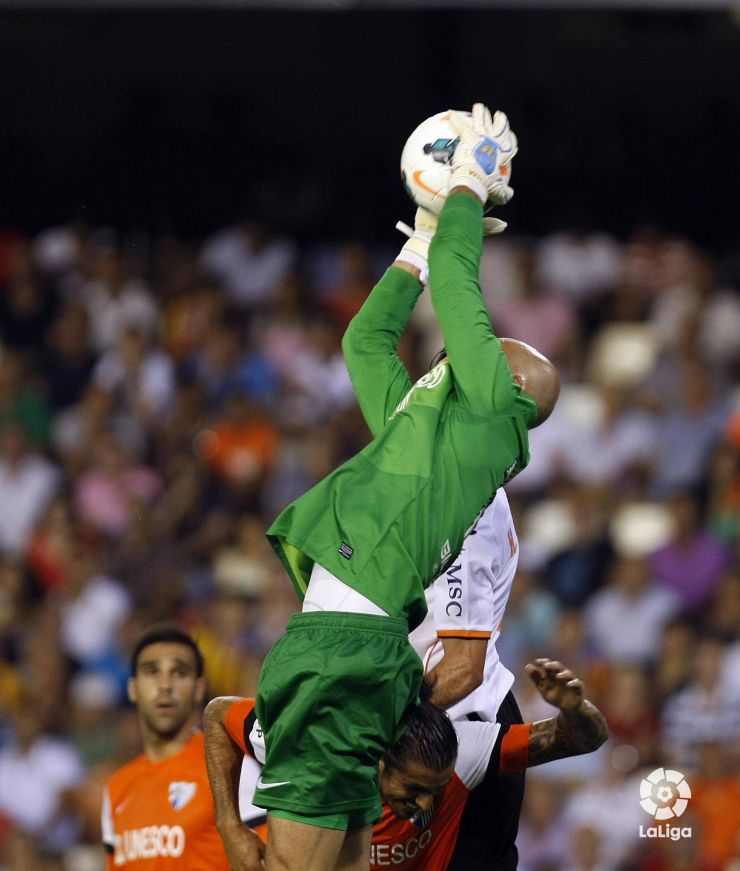 The goalkeeper will play his 100th game for Malaga on Tuesday against Almeria, and will receive a tribute before the kick off.

Willy Caballero reaches a significant milestone this week. The Argentine goalkeeper will make his 100th official appearance for Malaga CF on Tuesday as the Anchovies take on UD Almeria in the Liga BBVA. To mark the occasion there will be a small tribute paid to him by the club’s board before the match kicks off.

Caballero was signed by Malaga from Elche CF during the 2010/11 winter transfer window, and since then has played 99 matches for the club: 84 in the Liga BBVA, 11 in the UEFA Champions League, and 4 in the Copa del Rey. Tuesday’s match against Almeria will be his 100th appearance for the club, and as such the club will hold a small ceremony to celebrate, in which the vice-president and former goalkeeper Fernando Peralta, who stood between sticks for Malaga for eight seasons, will bestow him with a commemorative jersey.

Caballero, who extended his contract with Malaga until the 2016/17 season, has been part of the club during some of the most memorable moments in its history: finishing fourth in the Liga BBVA to secure a place in the UEFA Champions League, in which the team reached the quarter-finals in its first ever outing in the elite European competition.
Among his other accolades, Caballero can also boast holding the record for the longest shutout in the history of the club: 479 minutes without conceding a goal during the 2011/12 campaign.